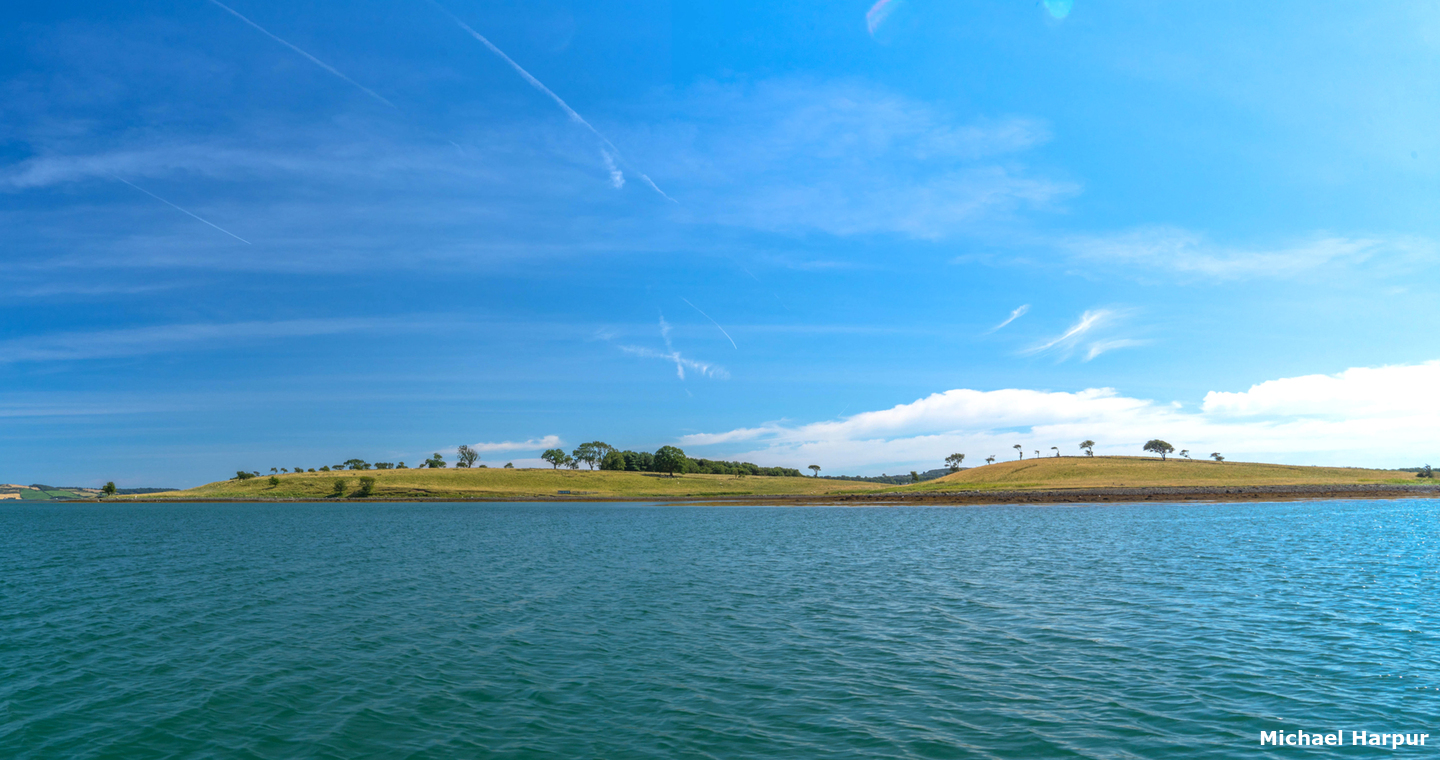 Inside the Quoile River, akin to many of the islands and snug creeks on the western shore, a vessel will find complete protection. Of these, Brandy Bay is a particularly good anchorage for conditions from the southeast. The Lough's enclosed body of water provides sheltered sailing in all weather, all tides and ample marks to make daylight navigation straightforward.

To the northwest of the center of Salt Island.

The following Quoile River Initial Fix will set up a final approach:

Data based on an average tide is only accurate to within one hour, if you more precise times are required use the ISA tidal predictions, with Quoile Barrier offset -01:00.

. Details for vessels approaching from the south are available in eastern Ireland’s coastal overview for Strangford Lough to Dublin Bay

. Details of the approaches, tidal timings, the run up The Narrows and onward to Killyleagh, on the Lough's western shore, are covered in the Entering and exiting Strangford Lough

route description. The run from Killyleagh is covered in the Quoile

Click the 'Next' and 'Previous' buttons to progress through neighbouring havens in a coastal 'clockwise' or 'anti-clockwise' sequence. Below are the ten nearest havens to Brandy Bay (North Salt Island) for your convenience.
Ten nearest havens by straight line charted distance and bearing:
These havens are ordered by straight line charted distance and bearing, and can be reordered by compass direction or coastal sequence:
To find locations with the specific attributes you need try:

Salt Island as seen from above Gores Island with Green Island in the backdrop
Image: Michael Harpur

Salt Island is located within the Quoile Estuary just over 1 mile south of Killyleagh. It is a small island, about 0.4 miles long and 0.2 miles wide, lying in a northeast/southwest direction. It rises to 13 metres high at its northeast end and the island dries to the shoreline on its southeastern side at low water. Brandy Bay is a small indentation on its northwest-facing side which dries out beyond its points.

The anchorage is off of the points and on the edge of the Quolie River. Brandy Bay is attractive because it has deep water and, unlike other landing points that are subject to mud flats at low tide that can be treacherous, it offers landings at all times. It is also possible to pass around to the landing point fronting the Bothy on the southeast side of the island. The small dilapidated stone jetty here was in the past used to land farm animals but it is today still called upon for landing on the island. It is accessible ±2½ hours of high tide but best avoided outside of this. 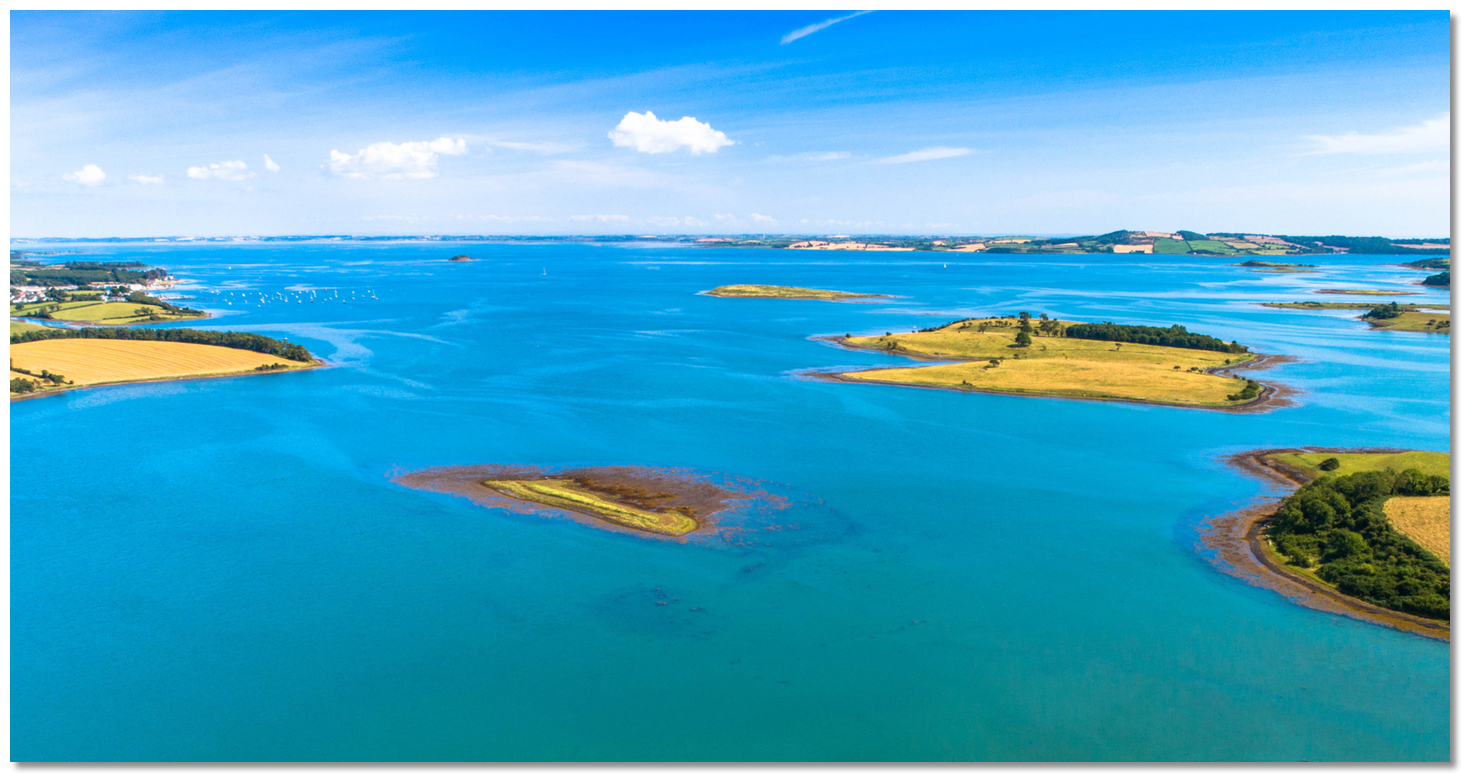 The passage up river from Killyleagh
(with the small Rat Island centre)
Image: Michael Harpur

Details of the approaches, tidal timings, the run up The Narrows and onward to Killyleagh, on the Lough's western shore, are covered in the Entering and exiting Strangford Lough

The entrance to the River Quoile as seen from Killyleagh
Image: Michael Harpur 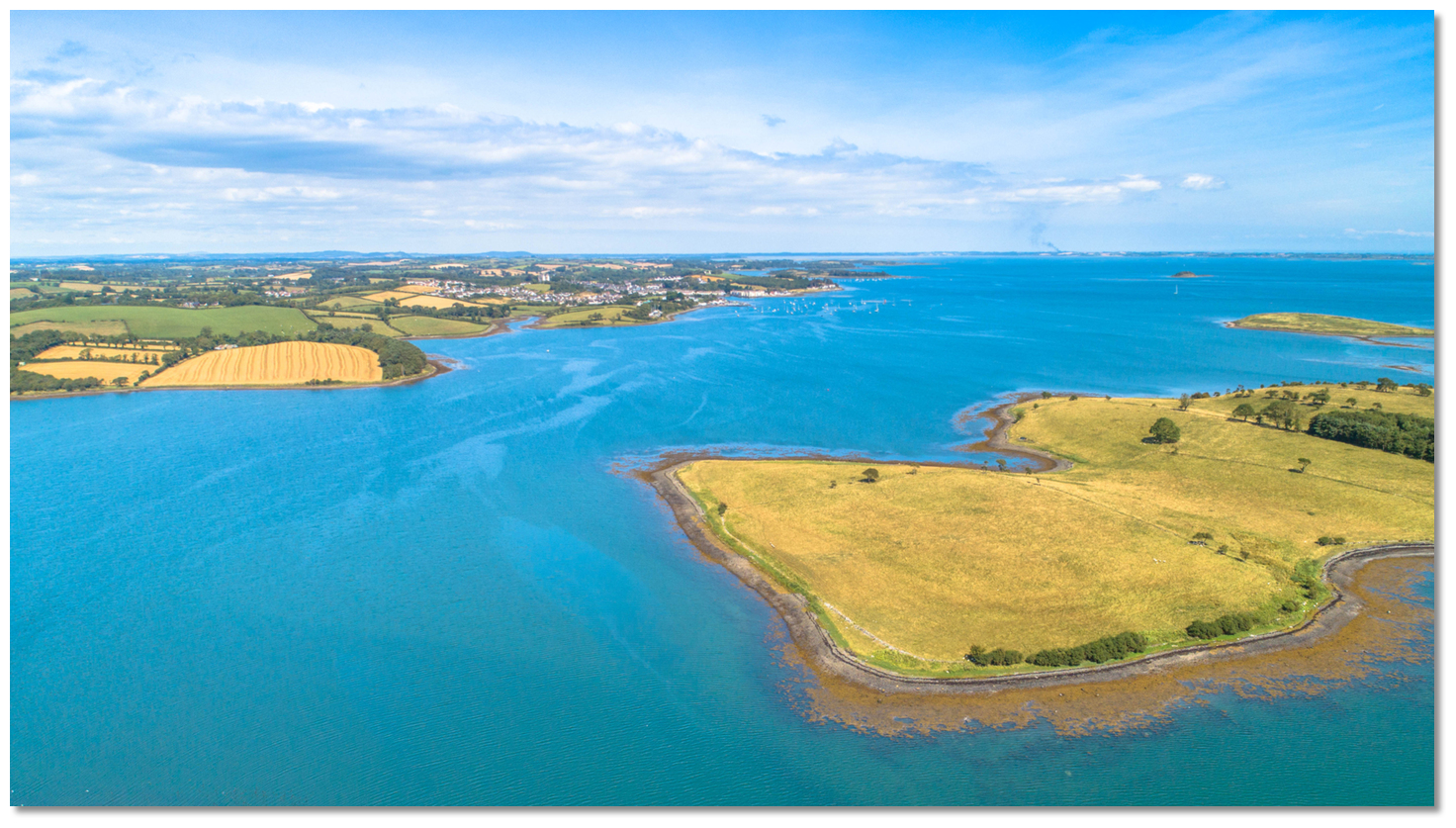 Salt Island will become readily apparent after a ½ mile southwest of Green Island opposite Moore’s Point. Proceed to Salt Island steering for the centre of the points on either side of the small indentation of Brandy Bay. 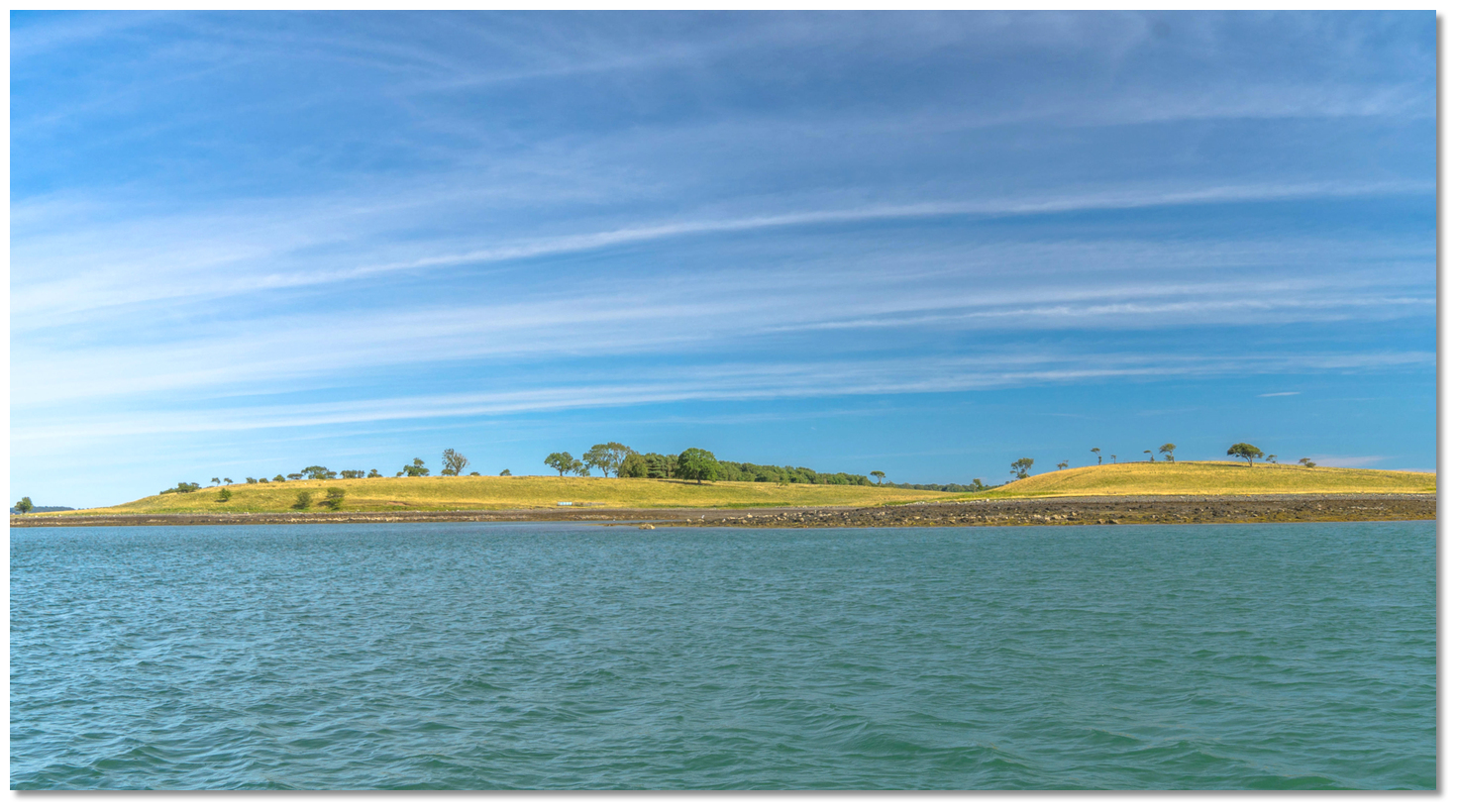 Anchor according to draft off the bay where excellent holding is to be found. Land on the beach between its points.

There are no facilities at this river anchorage save the beach to land upon.

Never a problem known to have occurred off Salt Island.

for hosting our survey boat during the survey of Strangford Lough.

These additional images feature in the 'How to get in' section of our detailed view for Brandy Bay (North Salt Island).