Located off Ireland’s southwest corner Sherkin Island creates the natural harbour of Baltimore that is situated between it, other islands and the mainland. Horseshoe Harbour is outside this natural enclosed harbour on the southeast and seaward side of the island itself, adjacent to Baltimore’s southern entrance. The aptly named harbour provides a secluded anchorage.


Located off Ireland’s southwest corner Sherkin Island creates the natural harbour of Baltimore that is situated between it, other islands and the mainland. Horseshoe Harbour is outside this natural enclosed harbour on the southeast and seaward side of the island itself, adjacent to Baltimore’s southern entrance. The aptly named harbour provides a secluded anchorage.

Entirely enclosed, save for a very narrow entrance, the small bay provides good protection from all winds except progressive south to southeast conditions. Should these develop to force five and above the bay would become uncomfortable. Access is available at all states of the tide but the narrow entrance requires excellent visibility and attentive navigation.

Horseshoe Harbour should not be approached in any developed southerly conditions.

In the middle of the inner harbour.

The following Baltimore Harbour Initial Fix will set up a final approach:

Taking a mean tidal offset from Dover's tide, we expect your targetted date's associated local tide at Horseshoe Harbour to be:

Data based on an average tide is only accurate to within one hour, if you more precise times are required use the ISA tidal predictions, with Cobh offset -01:15.

Click the 'Next' and 'Previous' buttons to progress through neighbouring havens in a coastal 'clockwise' or 'anti-clockwise' sequence. Below are the ten nearest havens to Horseshoe Harbour for your convenience.
Ten nearest havens by straight line charted distance and bearing:
These havens are ordered by straight line charted distance and bearing, and can be reordered by compass direction or coastal sequence:
To find locations with the specific attributes you need try: 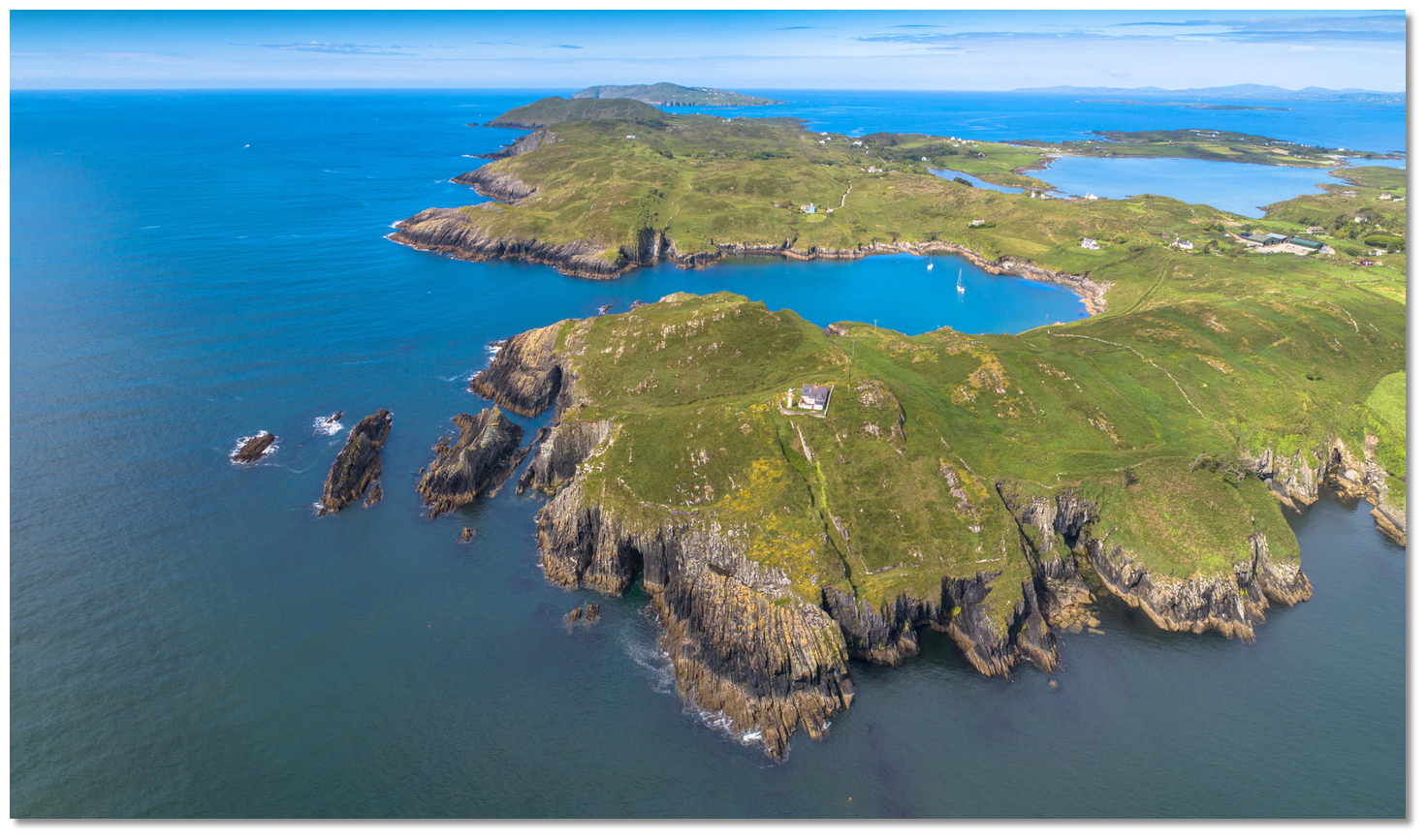 Horseshoe Harbour is situated in an inlet located on the southeast side of Sherkin Island ¼ of a mile west of the approach path to the southern entrance to Baltimore Harbour which lies between Beacon Point and Barrack Point on Sherkin Island that is marked by a lighthouse. It has a very narrow entrance that is further constricted by rocks off the western shore. But once inside it opens up beautifully to provide a deepwater anchorage that is at once very secluded and a short distance from the harbour area and other locations.

Expect to anchor in 4 to 5 metres and come ashore at a rocky landing at the back of the cove. 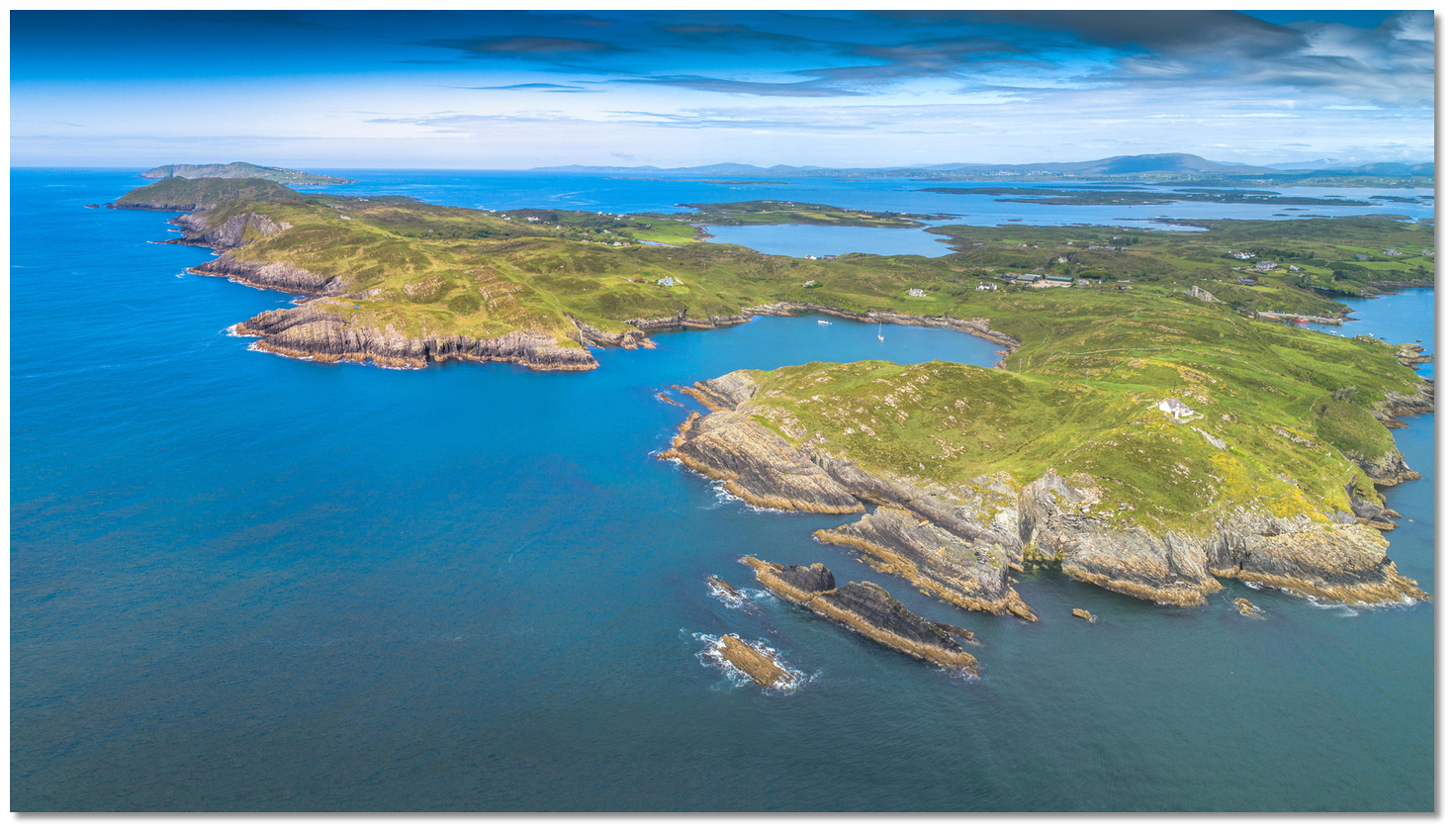 Use the approaches in the Baltimore 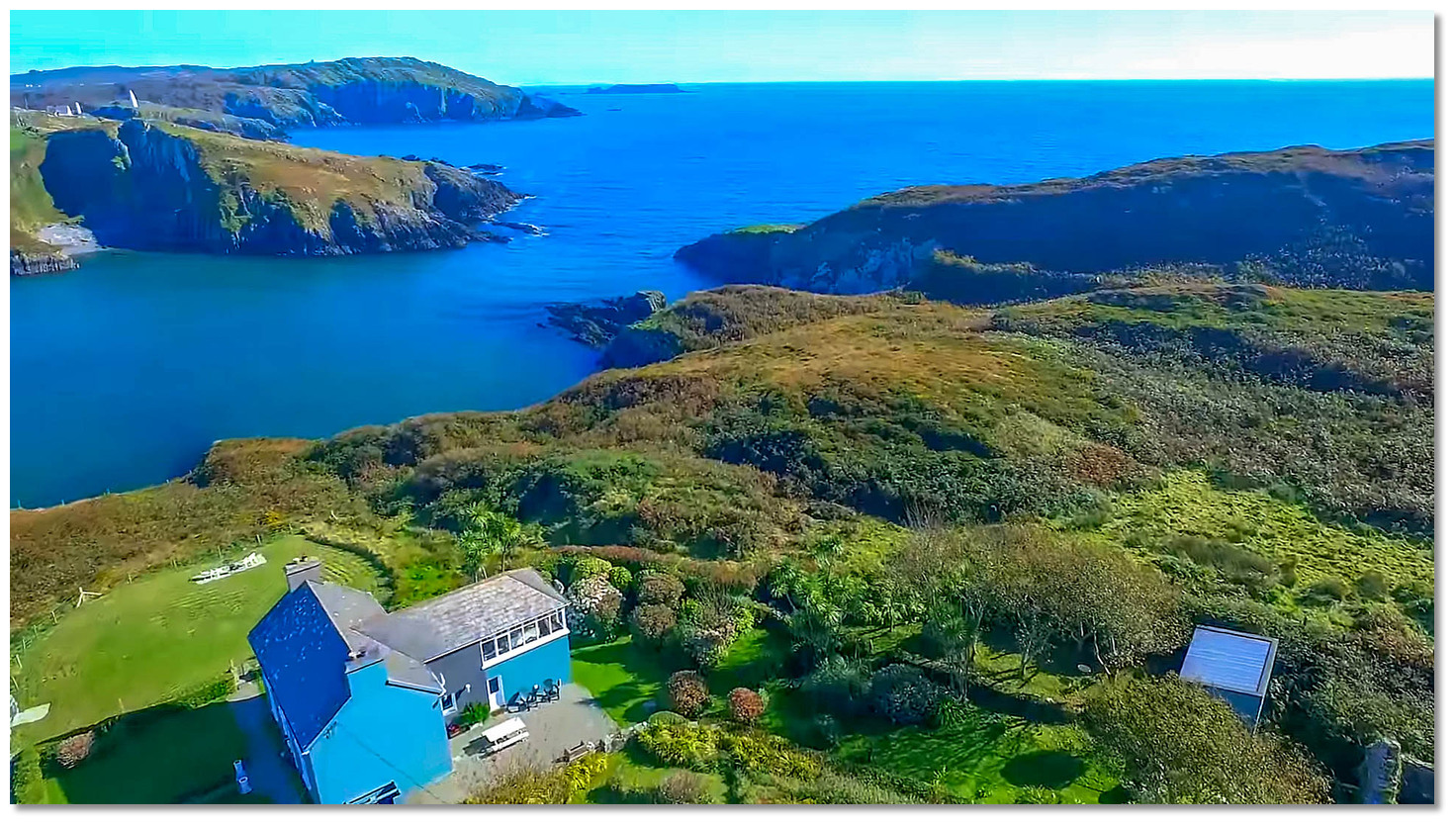 The entrance to Horseshoe Harbour as seen from within
Image: Sean McCarthy's Holiday House, Sherkin Island 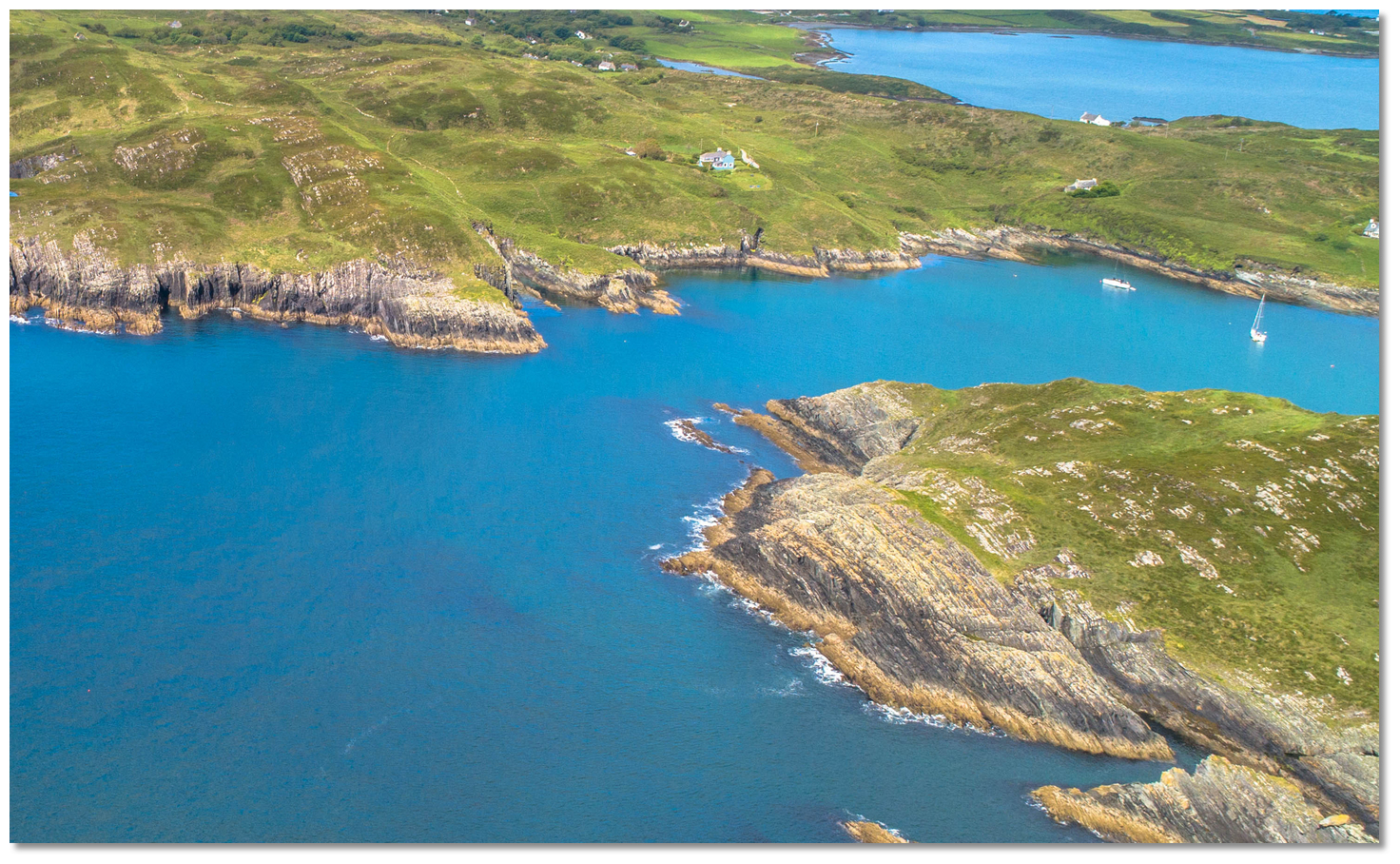 The rocks on the east side of the entrance just visible
Image: Michael Harpur

The easiest approach is at low water when the reefs surrounding the entrance are visible. 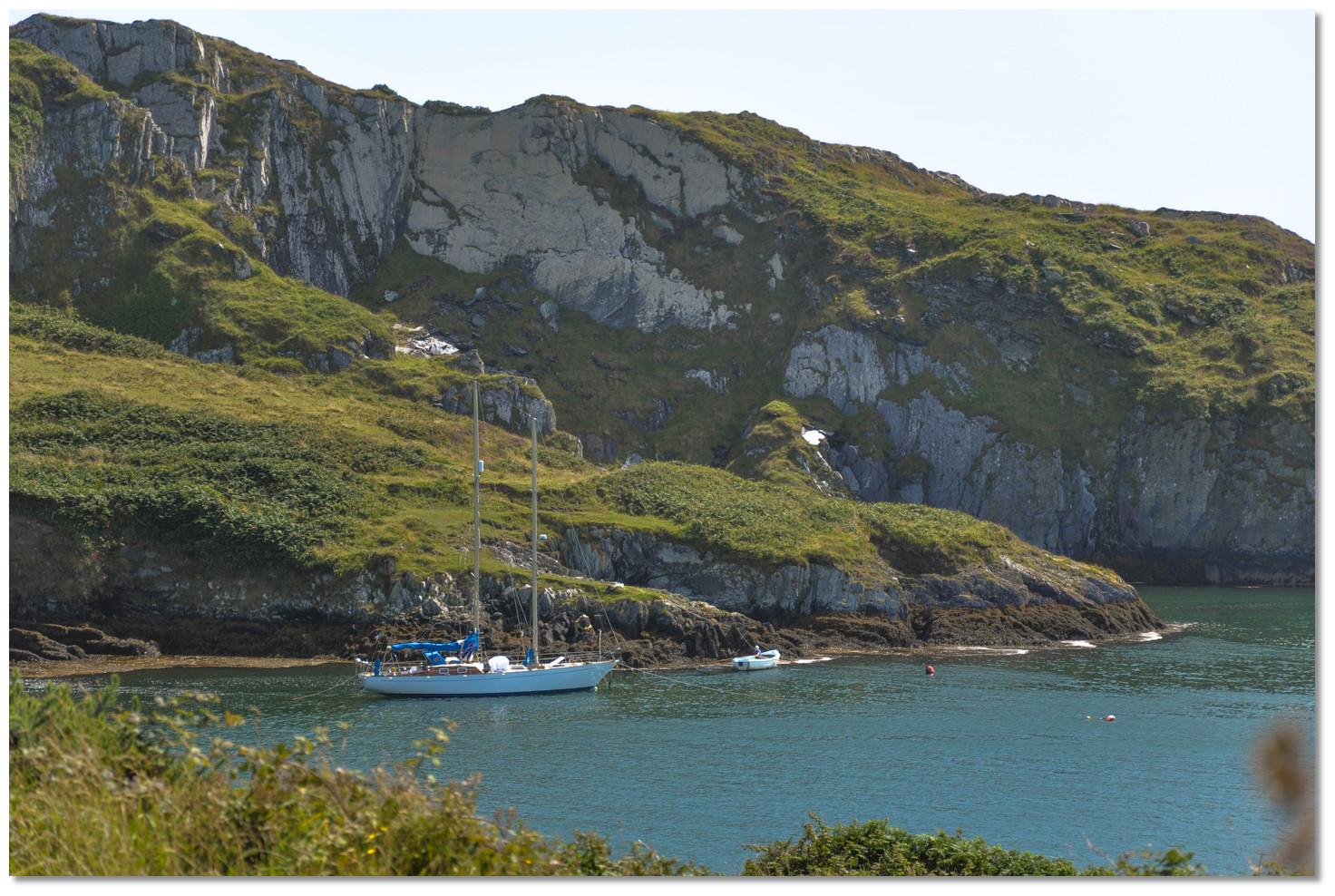 Anchor in the middle of the harbour where 4 to 5 metres will be found clear of local boat moorings. Land, by tender, at the head of the harbour. The best landing to be had is on a small beach in the northwest corner. A cottage will be seen with steps cut into the rock on its eastern side. 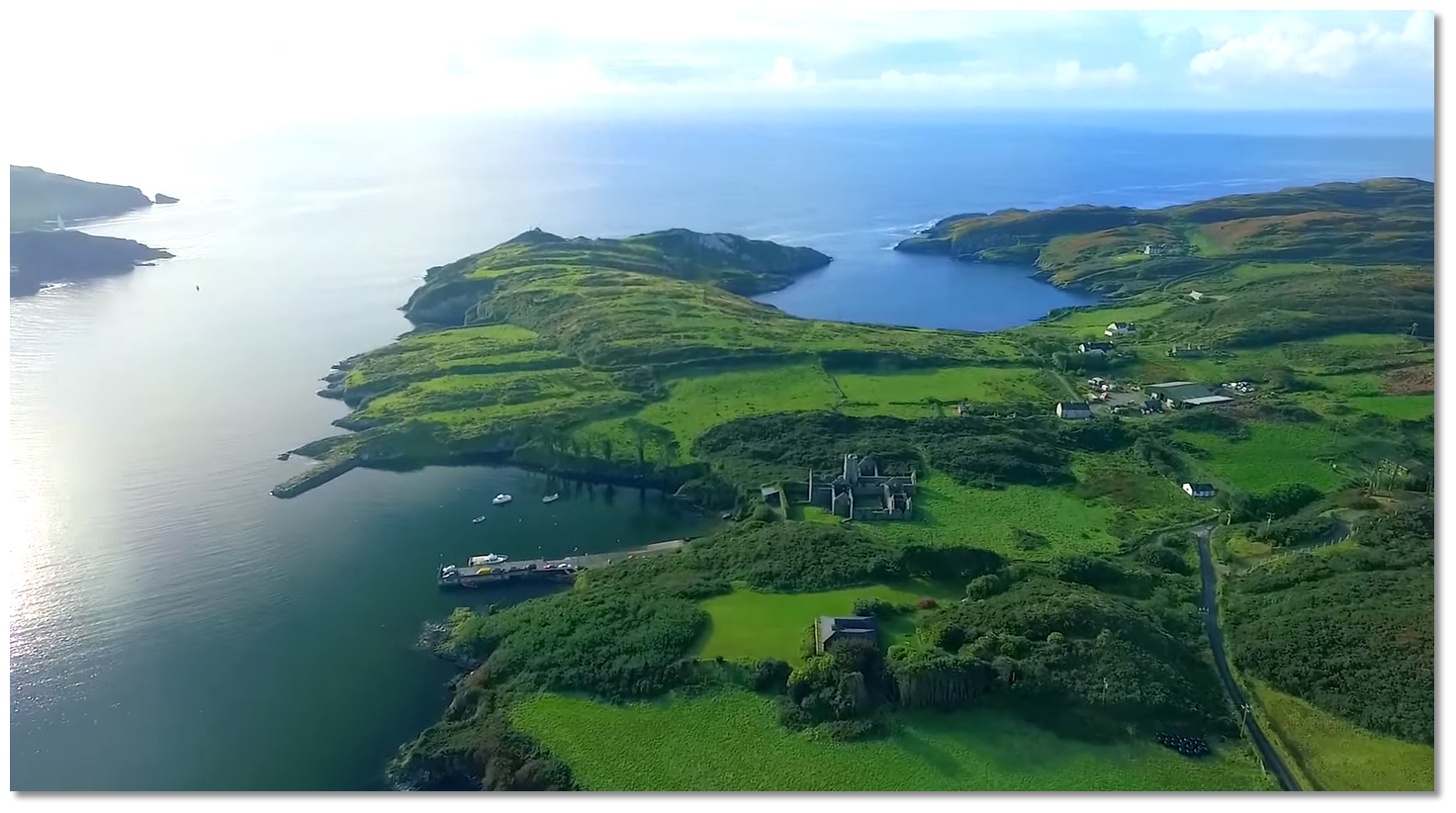 What facilities are available?

Sherkin Island has two good pubs and a restaurant. General stores are available across the harbour in Baltimore but may be limited. You can however catch a bus to take you to the larger provincial town of Skibbereen (approximately 10km) where a wider range of provisions are available.

Ferries sail from Baltimore to Schull further along the coast, to Sherkin Island, and to the more remote Cape Clear Island.

Never a security issue known to have occurred off Sherkin Island.

These additional images feature in the 'How to get in' section of our detailed view for Horseshoe Harbour.