Southsea Marina is situated immediately within the entrance to Langstone Harbour on its western side. Langstone Harbour lies on the mainland to the northeast of the Isle of Wight, between Portsmouth Harbour and Chichester Harbour. It is a marina situated behind a sill that provides visitors berths.


Southsea Marina is situated immediately within the entrance to Langstone Harbour on its western side. Langstone Harbour lies on the mainland to the northeast of the Isle of Wight, between Portsmouth Harbour and Chichester Harbour. It is a marina situated behind a sill that provides visitors berths.

Tucked inside the large natural harbour and behind a sill the marina offers complete protection from all conditions. Although the harbour is entered over a moderately deep sand bar, and between sand banks, it is very well marked and straightforward.

Large dredgers may be encountered at any stage, in the entrance or in the channels. They should be given a wide berth as they have limited room and manoeuvrability. Berths in Langstone are subject to strong currents and at a distance from the shore. A tender with a reliable outboard will be essential.

This is positioned at the head of the waiting pontoon. The pontoon is situated immediately outside the tidal cill gate that provides entry into the marina.

The following Southsea Marina will set up a final approach:

Taking a mean tidal offset from Dover's tide, we expect your targetted date's associated local tide at Southsea Marina to be:

Data based on an average tide is only accurate to within one hour, if you more precise times are required use the ISA tidal predictions, with Langstone Harbour offset -01:00.

sequenced 'Selsey Bill to Start Point' coastal description. Use the

Click the 'Next' and 'Previous' buttons to progress through neighbouring havens in a coastal 'clockwise' or 'anti-clockwise' sequence. Below are the ten nearest havens to Southsea Marina for your convenience.
Ten nearest havens by straight line charted distance and bearing:
These havens are ordered by straight line charted distance and bearing, and can be reordered by compass direction or coastal sequence:
To find locations with the specific attributes you need try: 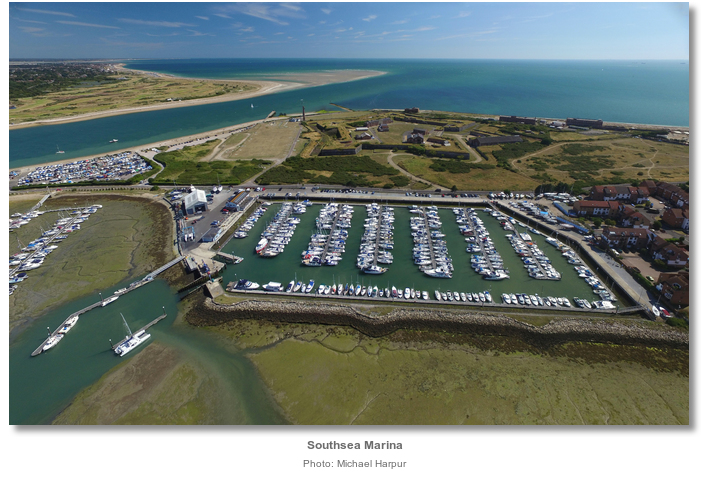 Southsea Marina sits in the southwest corner of Langstone Harbour, immediately within the entrance and on the Eastney Peninsula. It holds 30 visitors berths and can usually accommodate most visitors upon request. Use the 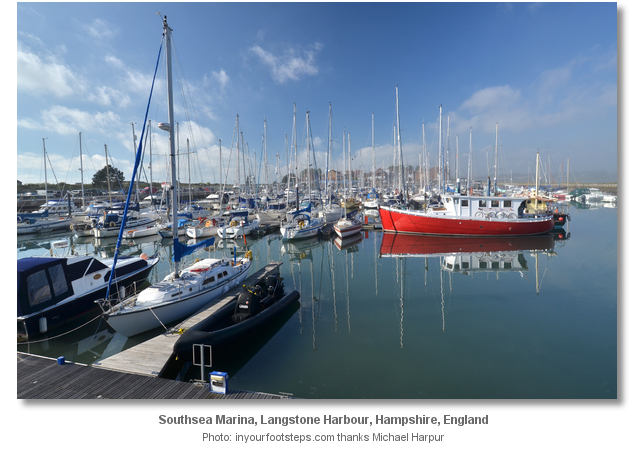 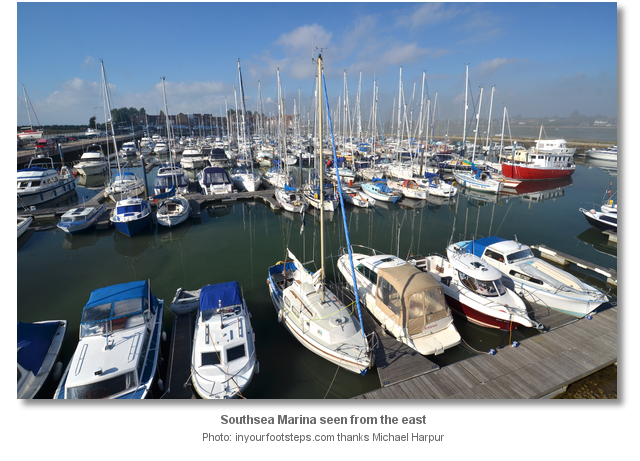 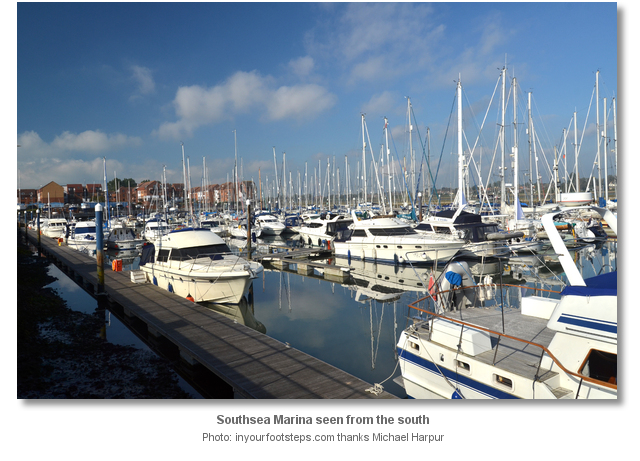 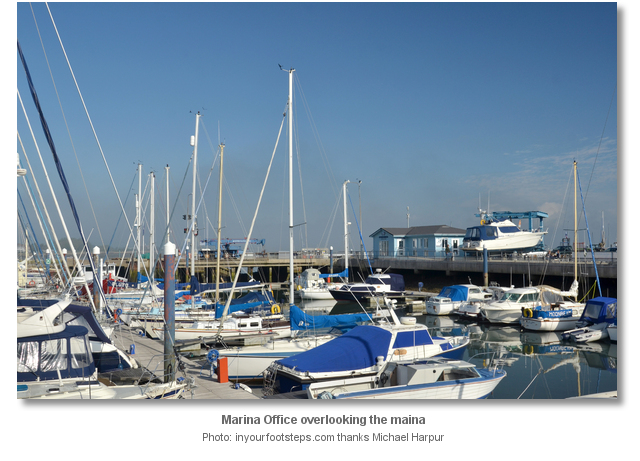 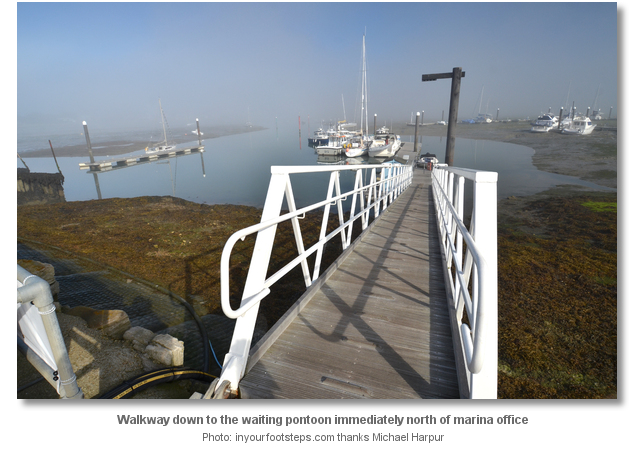 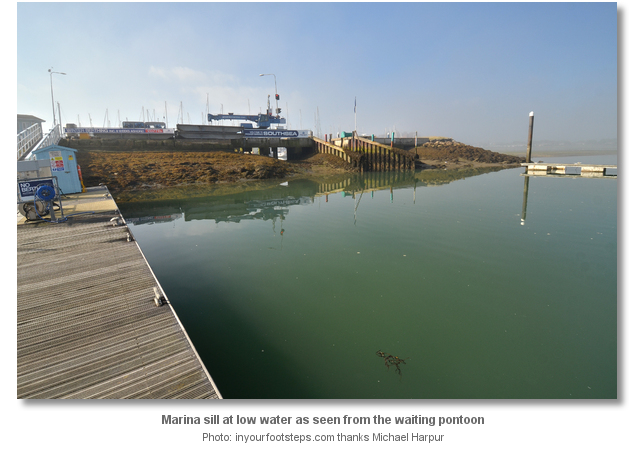 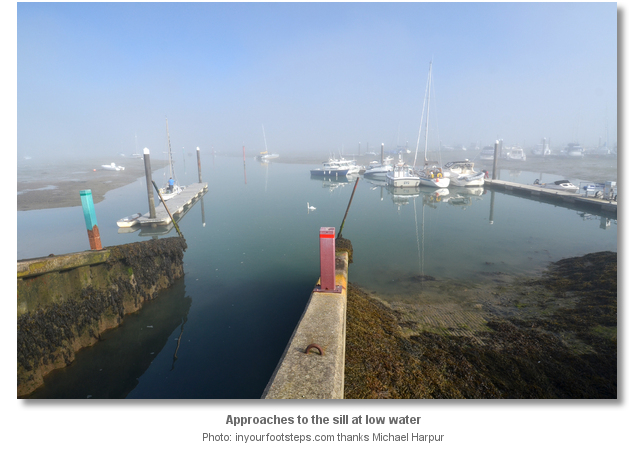 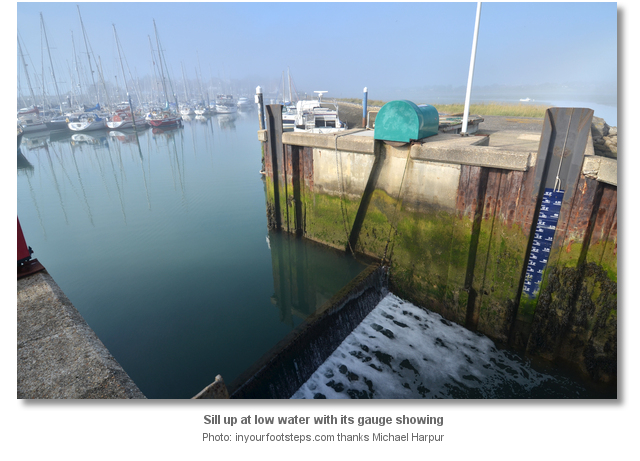 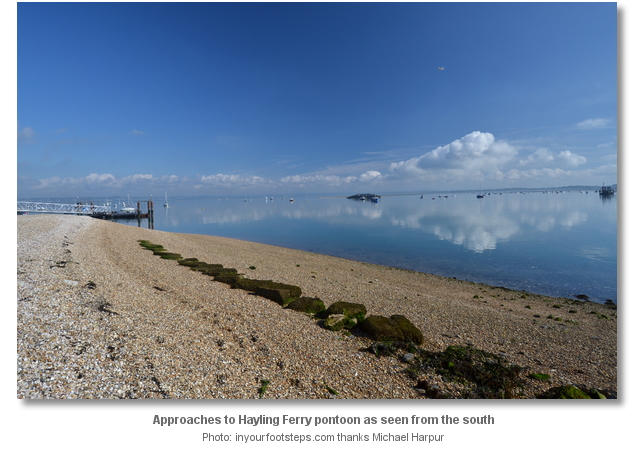 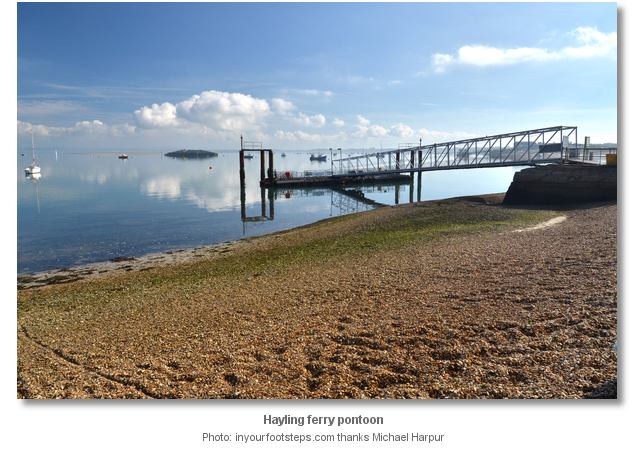 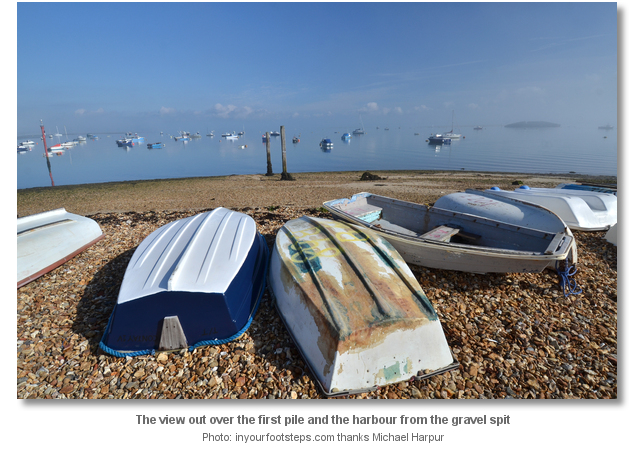 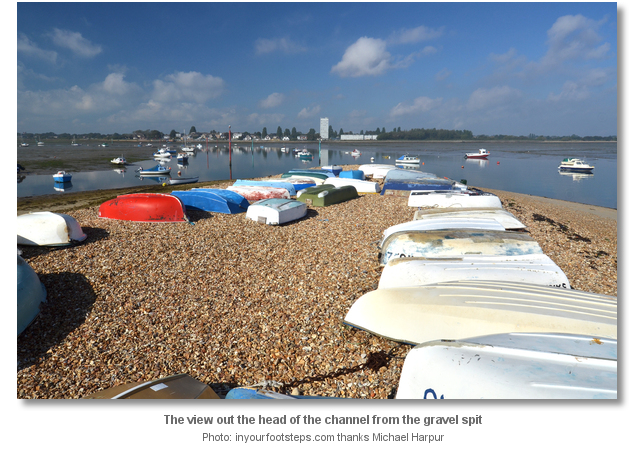 The following Southsea Marina promotional video may be useful to help first time visitors familiarise themselves with the marina.

Southsea Marina is owned and operated by Premier Marinas Limited based in Hampshire. The company owns and manages eight coastal marinas and boatyards in England offering berth holders freedom to roam between their facilities if space is available.

Nestled into the Eastney Peninsula Southsea Marina provides seaward access to Langstone Harbour, The Solent, as well as Chichester Harbour to the east. Ashore, by bus, taxi or a stalwart walk, is the seaside town of Southsea and the city of Portsmouth beyond. 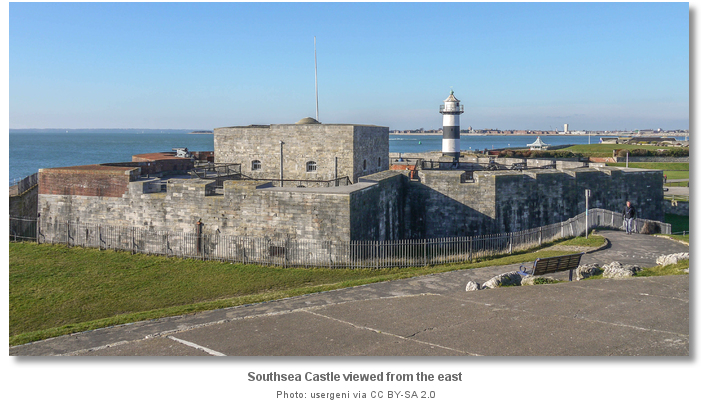 Situated at the southern end of Portsea Island, Southsea originally developed as a Victorian seaside resort in the 19th century. Although located within a mile of Portsmouth cities’ harbour focal point and to the east of Old Portsmouth, Southsea grew into a dense residential suburb and a large distinctive commercial and entertainment area, separate from Portsmouth itself. Today it has a thriving commercial area that includes two national department stores amongst well-known high street chains and numerous independent traders. The resort town took its name from the Henrican Southsea Castle that was built on the southern end of Portsea Island in 1544. At the time England was politically isolated after King Henry VIII's divorce of Catherine of Aragon. The resulting hostility between France and Spain aroused fears of invasion and Henry VIII commenced the construction of the Device Forts to defend England’s southern coast. The chain of artillery fortifications were financed from the proceeds of the dissolution of the monasteries and represented England's largest defence programme since Saxon times.


Southsea Castle was constructed to guard the eastern entrance to the Solent and entrance to Portsmouth Harbour, and it was much needed. On 19 July 1545, from very near this location, Henry VIII watched his prized Mary Rose sink. She was leading an attack on the galleys of a French invasion fleet when she sank north of the Isle of Wight. Miraculously that was not to be the last sight of the ship as its remains were discovered and are now on display at the Portsmouth Historic Dockyard. Southsea Castle is now managed by English Heritage. It is designated a Scheduled Ancient Monument and is free to visit. 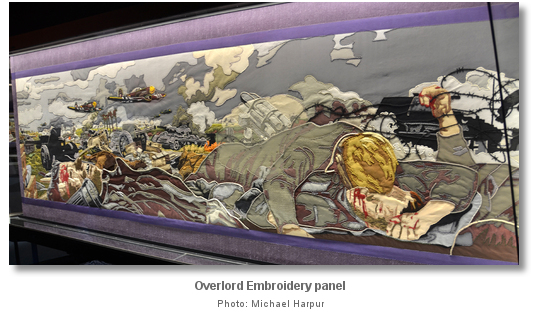 A short walk from the castle is the D-Day Museum and Overlord Embroidery. These tell the story of Operation Overlord, the invasion of Normandy June 6th 1944.

The remarkable Overlord embroidery is one of the longest works of its kind in the world. The embroidery is made up of 34 panels and measures 83 metres, or 272 feet, in length and it took twenty embroiderers five years to create. The finished embroidery tells the D-Day story from well before the invasion took place through to when the German troops retreat across the Seine.


From a sailing perspective Southsea Marina offers a friendly working marina and is an ideal berth to explore Langstone Harbour. It also presents a great option for those who initially intended anchoring and the weather made the large body of water uncomfortable. Although access is controlled by a tidal gate most vessels have unrestricted three hours either side of high water. The walk ashore from the waiting pontoon extends shore access significantly. These additional images feature in the 'How to get in' section of our detailed view for Southsea Marina. 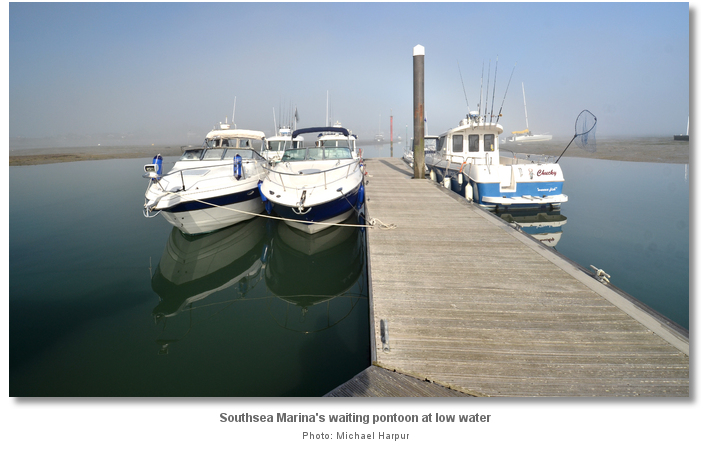 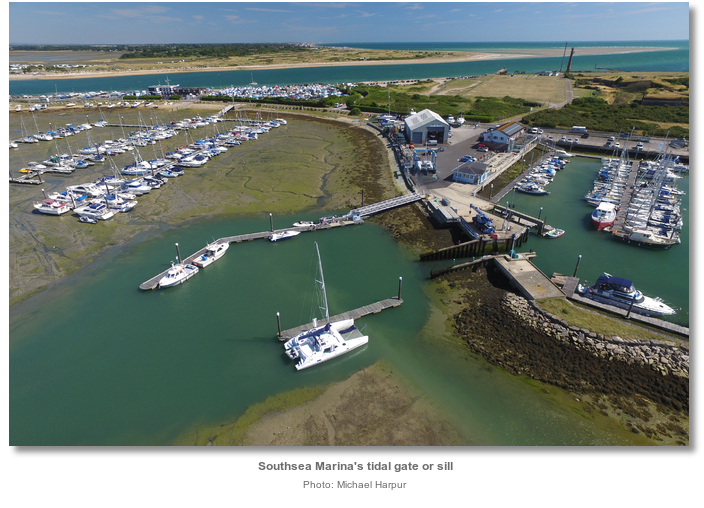 The following Southsea Marina promotional video may be useful to help first time visitors familiarise themselves with the marina.