This is the 'eastern passage' of the two passages available through Gascanane Sound in southwest County Cork. These provide vessels with a short cut between Sherkin Island and Cape Clear Island that avoids the longer route around Cape Clear Island. The sequence of description is from south to north but it may be used either way with the benefit of a fair tide.

This is particularly convenient route when moving from Baltimore to Cape Clear North Harbour (Trakieran) where the cut saves at least an hour’s sailing. It may also be used by vessels going further north into Long Island Bay, sailing to destinations such as Schull Harbour for instance, or even Crookhaven where it will still save at least half an hour.

The 'eastern passage' is the preferred of the two cuts as it is deep, has its dangers always visible on both sides and is the wider of the two passes. The 'western passage'

is however a slightly more direct a cut to make for vessels bound for North Harbour (Trakieran) on Cape Clear Island. In all cases, the southern approach waypoint provides is the same for both passes. So the best pass to take in existing conditions can be taken at that point. 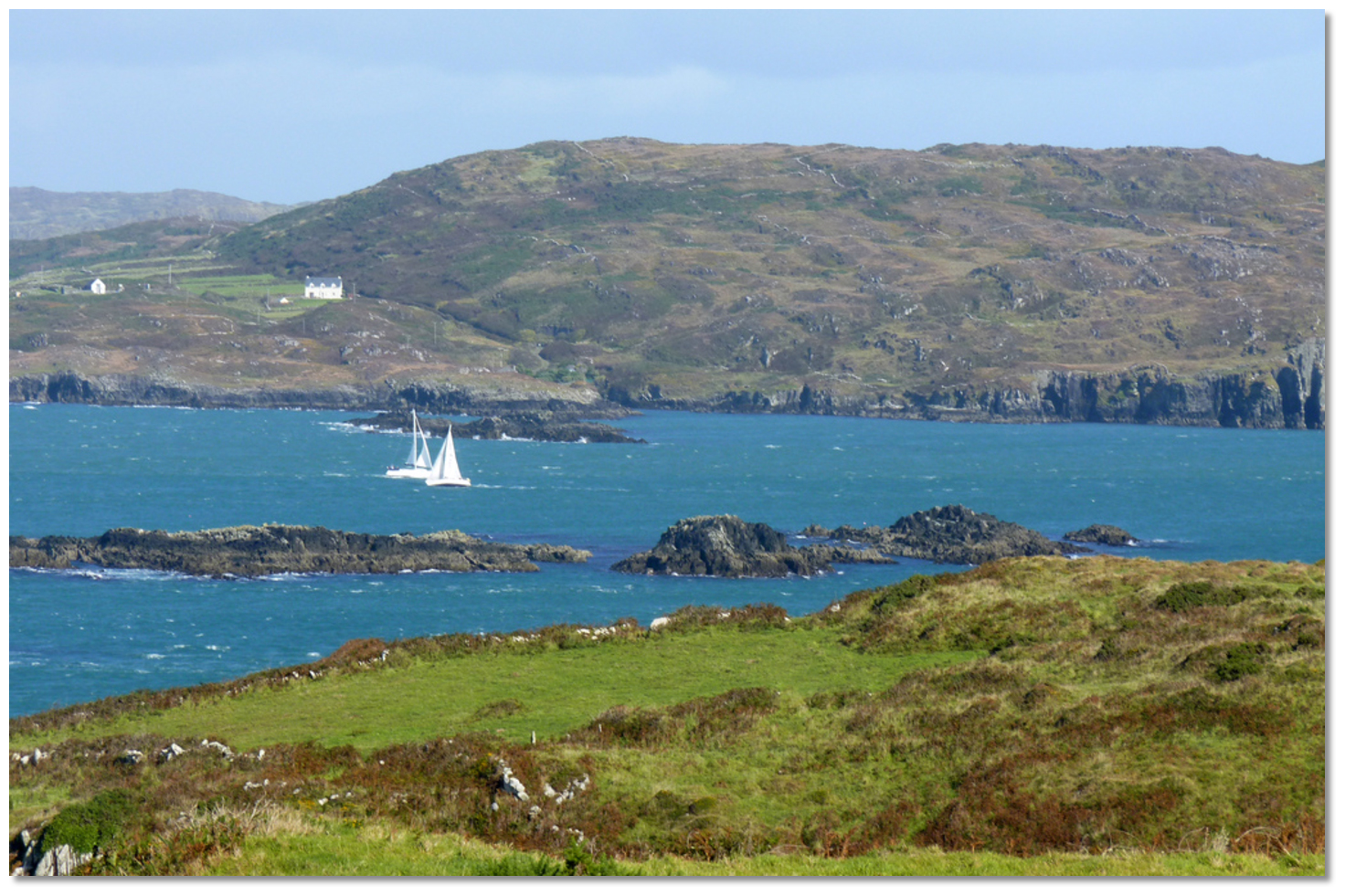 THE EASTERN PASSAGE
This passage is between Carrigmore reef and Illaunbrock and is the preferred of the two cuts as it is deep, has its rocks visible on both sides and, being almost a ⅓ of a mile wide, is the more generous of the two passes. Likewise, Illaunbrock, though foul to the north, is fairly steep on its southern and westerner sides.

Care is still needed with the currents whilst passing through the cut. When taking the eastern passage the vessel will be steering roughly north or south whilst the tidal flow is slightly crosswise running roughly northwest and southeast. Therefore a vessel passing northward will have the current setting onto the Carrigmore Rocks, awash, or when going southward on to Illaunbrock.

Sailing season is May to September, with June and July offering some of the best weather. Nevertheless, the incidence of gales in June and July are on average two days of winds each month of winds up to force seven. So you may be either held up or having a blast depending on your sailing preferences. Ireland is not subject to persistent fog statistically complete days of persistent fog occur less than once in a decade.

Never an issue known to have occurred sailing off the Irish coast.