Selsey Bill to Dover with a favourable tide all the way

This is tidal efficient passage timing for an 'up channel' from the area to the east of Isle of Wight to Dover Harbour.

This route and timing optimise a channel tidal anomaly that vastly favours an eastbound passage. It utilises a sequence of three channel tidal gates that enables a moderately capable yacht to make the 90-mile journey, from the eastern side of the Isle of Wight to Dover, carrying a fair tide almost all the way.

To achieve this a vessel must depart eastward from The Looe, close south of Selsey Bill, at slack water and then maintain a tide supported mean speed over the ground of no less than 7kn. Should a vessel not be able to hold to this mean speed the tidal sequence will expedite a passage to Sovereign Harbour or at least Brighton which are quick-in-and-out tide wait locations for the next tidal window.

Today's summary tidal overview for this route as of Friday, September 24th at 16:18. Tidal planning is essential to optimise this passage. It is essential to be at The Looe at slack water to avail of the best following tide.

OVERVIEW
In the English Channel, the tide does not flood and ebb but rater streams up channel turning progressively later as the tide advances up the Strait. The progressive changes of stream cease at a certain point near the mouth of the channel. Beyond that, the two streams, that of the Ocean, or outer stream, and that of the Channel, which is contained between the Oceanic stream and the Strait of Dover, are always running in contrary directions to the area between Start Point and the Gulf of St. Malo.

Above this point a massive bulge of water or tidal ‘standing wave’, like the wave you get by slopping water about in a bath until it 'see-saws' up and down either end. In the English Channel, this massive bulge of water moves backwards and forwards twice each day with a pivot point in the vicinity of Poole Harbour at about the centre of the enclosed area. Hence a mean range at Poole of 1.6 metres springs and 0.5 metres neaps, as compared with 3.9 metres and 1.9 metres respectively at Portsmouth. The further one moves east and west away from the Poole nodal point, so the size of the tidal sea-saw increases.

Approaching the straits, the limits of these two streams range to and fro as the tide rises and falls at Dover, travelling to the eastward on both tides, and at high and low water suddenly shifting sixty miles to the westward, to recommence their easterly courses with the next tide. When the water on the shore at Dover begins to fall, a separation of the streams begins off Beachy Head that then creates a favourable eastward tide. As the fall continues, this line creeps to the eastward. At two hours after high water, it has reached Hastings; at three hours, Rye close west of Dungeness, circa 30 miles. On it travels until at four hours, by the shore, it has arrived nearly at North Foreland when the tidal streams turn eastward in the Strait. This tidal anomaly provides the opportunity for the tidal efficiency.

SEQUENCING
This meeting and separation of the standing wave and reverberations oscillate between three tidal gates along this route at the (i) The Looe, (ii) Beachy Head (where they create a giant anti clockwise tidal gyre) and (iii) Dungeness creates a sequence that favours an eastbound passage while being disadvantageous for those westbound. 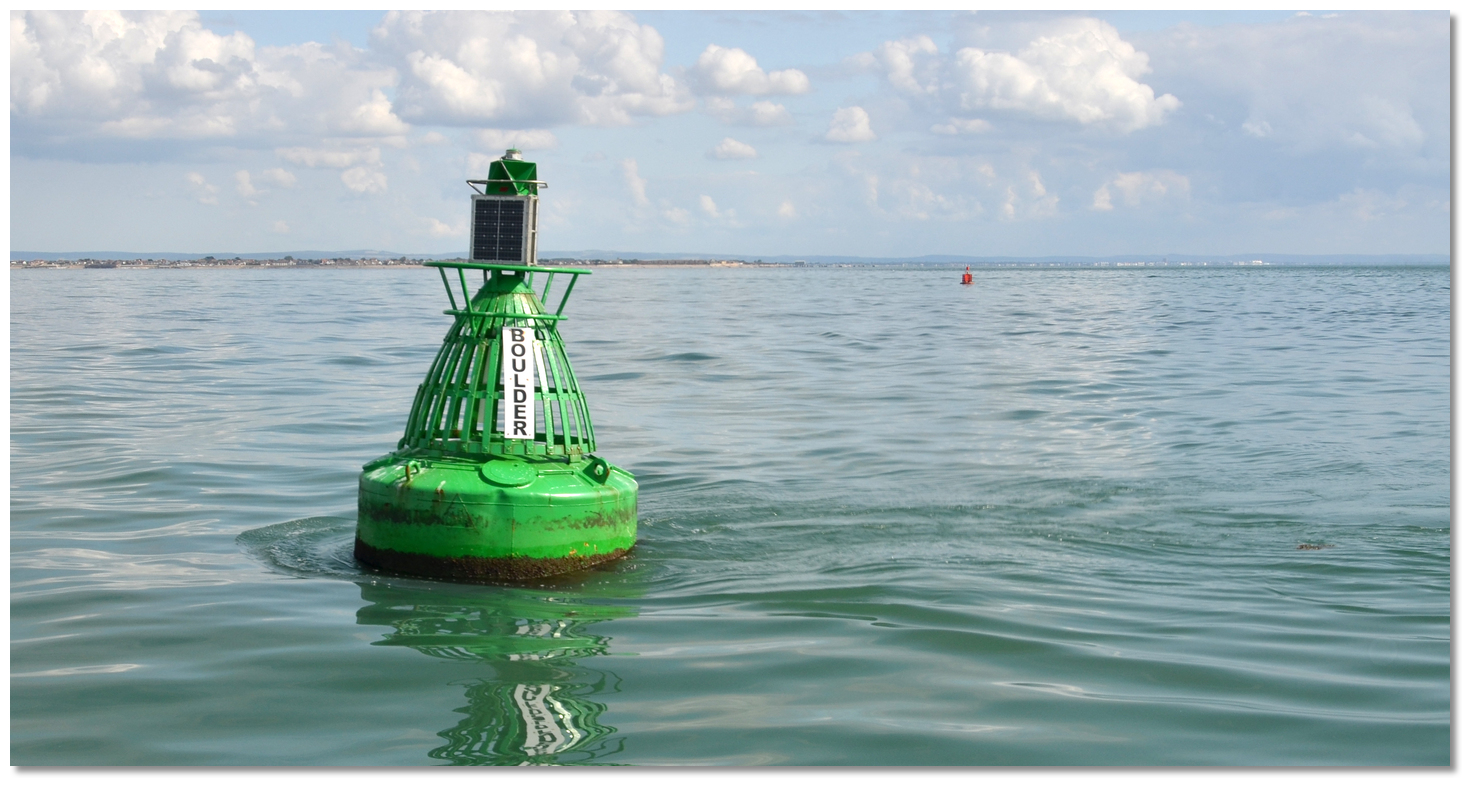 Boulder and Street buoys marking the western side of the Looe Channel
Image: Michael Harpur

At Dover +4 a favourable southeastern stream commences from The Solent assisting an arrival at Dover +4:45 slack water at The Looe. Arriving at the Looe at this time there is a supporting back eddy for the 40 miles to Beachy Head for 6 hours.

The Looe is 1 mile long and 1¼ miles wide channel that runs east-west through the centre of The Owers. It has a channel marked by a port buoy, Street Q.R., and starboard buoy, Boulder Fl. G 2.5s on its narrower western entrance. Tidal streams in The Looe are straight-lined with the west going stream commencing at High Water Dover -0115 and the east going stream Dover +0445. 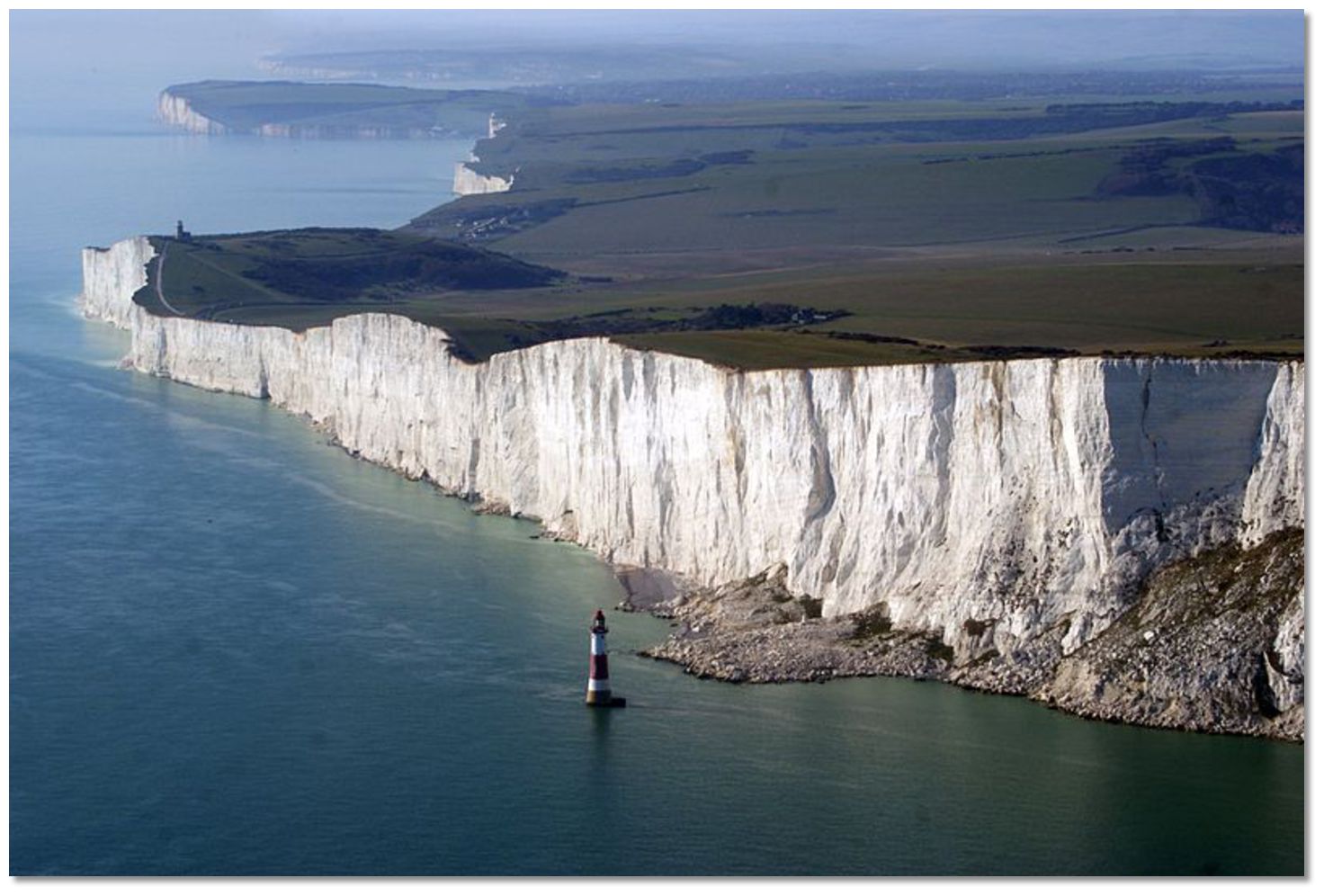 Exiting The Looe sail directly to Beachy Head then to pick up the sixty miles Dover tide to the west, and ride its easterly course to extend the favourable tidal window. 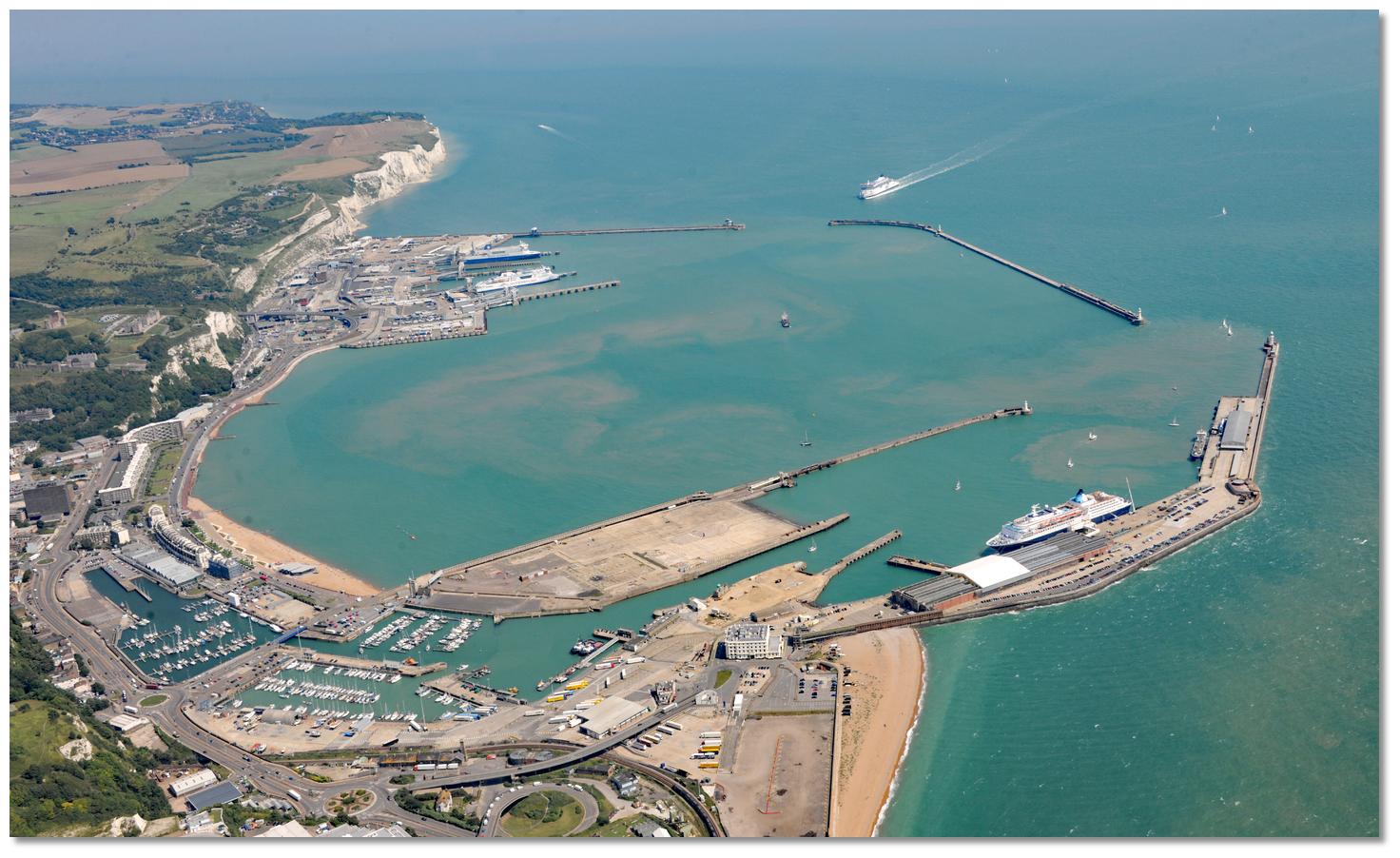 as it progressively later and later local high waters on the way and extending out the period of favourable tides.

The fine summer weather of the sailing season is typically punctuated by the passage of Atlantic depression that bringing periods of strong wind and rain, and sometimes poor visibility. These gales rarely cause surprises as they are usually forecasted well in advance. Good weather windows of 48 hours are easy to predict but any longer than that there's an increasing chance of change.