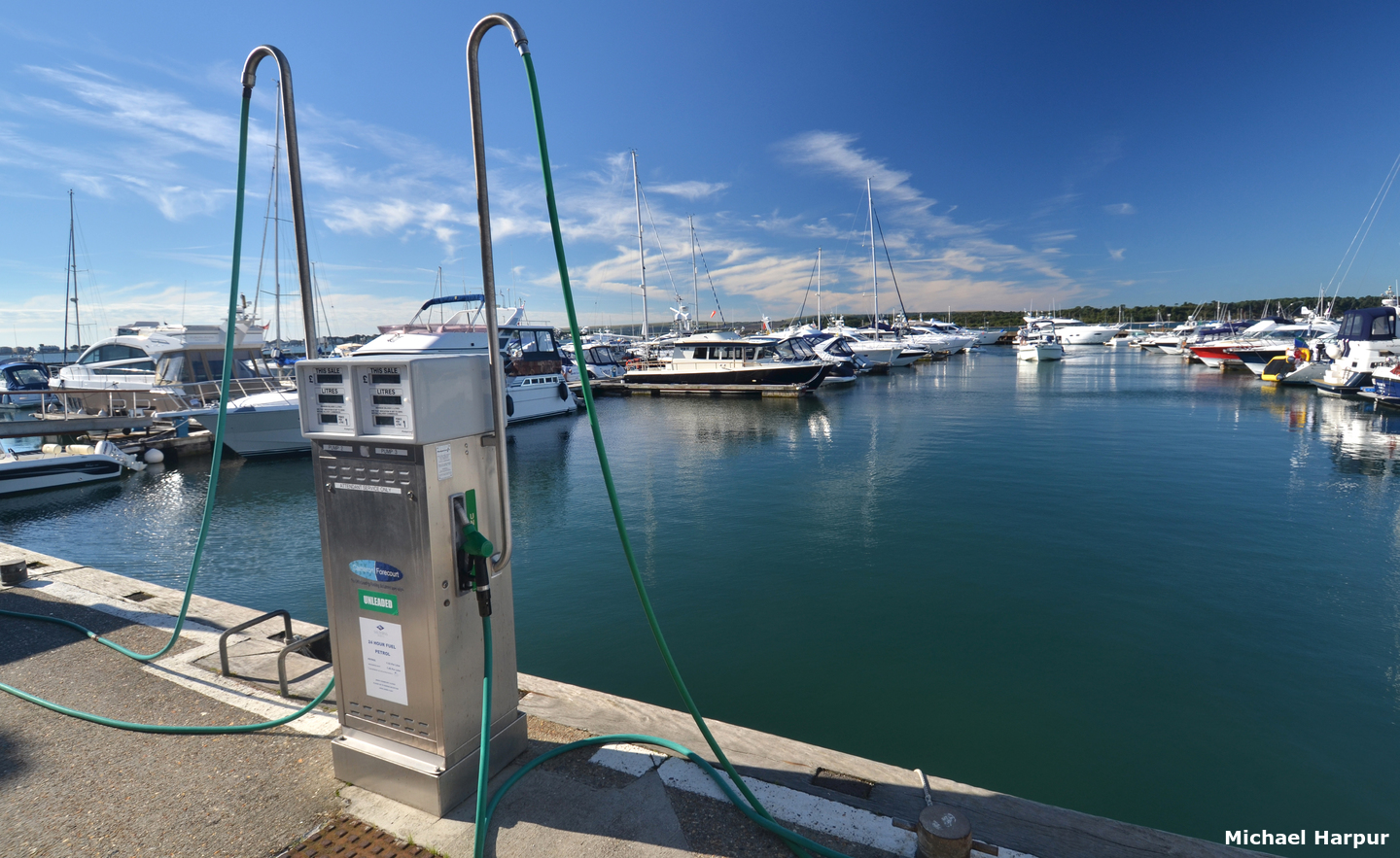 Microbes are present everywhere, but without food and water, they cannot multiply. Unlikely though this may seem, diesel is an organic substance that contains all the elements these microorganisms require. It has carbon for food, oxygen for respiration plus dissolved water and other trace substances to sustain their growth and propagation. All that is required are warm conditions which serve to accelerate their growth, and you will then be afflicted by a contamination of what is commonly referred to as the 'Diesel Bug.

Non-bio diesel fuel is subject to 147 species of fungi, bacteria and yeast of which as many as twenty-seven are responsible for the majority of problems with diesel engines and their performance. The introduction of modern biodiesel has only served to make the problem worse as it is especially hygroscopic and can be infected by almost ten times the number of species that contaminate non-bio diesel. So if you haven't encountered this problem in the past, you are more likely to do so now.

The Diesel Bug can be introduced from the air or moisture, or during tank filling and/or expansion and contraction of storage tanks. The bacteria can lie dormant in the minute crevices of the metal, rubber and polyurethane coatings of the fuel tanks and fuel systems. Then, when a droplet of water becomes available and the environment hits the right temperature range, the reproduction process commences. The microbes then start to break down the hydrocarbons in the diesel using oxygen from the water and excrete a black sludge.

Estimates show that a microbial colony can consume up to 1% of your fuel whilst fouling the remainder and damaging the tanks and plugging up the filters in the process. Fuel eventually degrades to the point that it can form a slimy sludge that is unusable as fuel. It is broadly agreed by fuel manufacturers that, if left untreated in a warm environment, fuel will only remain reliable for just 6-12 months after which fuel contamination, such as the Diesel Bug, begins to appear.

The tank, piping and fuel system are not the only casualties of a microbial colony as they also damage the engine. An infection also produces acidic byproducts that create corrosion and the buildup of deposits. These lead to the frequent cleaning or replacement of the fuel injector, and wears the rings and cylinder liners of the engine.

This type of infection causes engine performance degradation and total breakdown. Organisations such as the RNLI will tell you that the vast majority of their calls for assistance are engine related. They will also tell you that 90% of engine failures are due to fuel issues. Bad fuel is not just an expensive inconvenience issue, it is a safety issue.

The best and most effective way of tackling this problem is prevention. Once these microbes have gained a foothold in your fuel tank, they can be hard to eliminate. As boatyards’ hourly labour rates are £50 to £100 these days, the cost of cleaning tanks, replacing affected fuel lines, fuel filters, or worse still as in my case a fuel lift pump, not to mention the potential damage to the engine, can amount to thousands of pounds.

FUEL TREATMENT
Use an anti-fungal / bacterial fuel additive each time you fill. Diesel microbial growth removers help stop and prevent contaminations and are well worth investing in. They come in two broad forms, fuel biocides and dispersants with some products performing both roles:

Biocides and dispersants could be used in conjunction with each other. A good biocide could be used first to quickly and effectively kill any problem in the tank. Then a dispersant could be used for ongoing maintenance. Most engine manufacturers now recommend a fuel conditioning programme to ensure the reliability of fuel so if in doubt you can check.

KEEP WATER OUT Of The FUEL TANK
The best way to prevent microbial growth in fuel is to lessen the exposure of the diesel fuel to water.
Unfortunately, a drop of water is a lake to microbes. Check the breather vent has a swan neck to prevent water getting in via its outlet. Check the deck filler caps have their O-rings in place and that they have not perished. 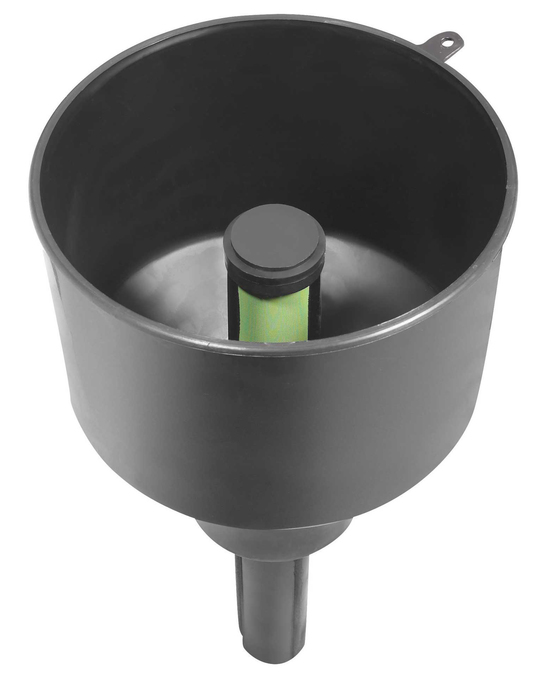 Funnel Fuel Filters separate out water and other contaminates
Photo: Courtesy of Mr Funnel
Keep the tank as full as possible, especially so overnight, to minimise the volume of damp air in the top of the tank. The air drawn into the tank holds at least 15-20% moisture and the more air in the tank to condense on the tank walls the more water gets into the fuel. An in-line desiccant breather can be added to the air inlet for a small sum.

Try to ensure your supplier maintains their system well. Be careful when filling up in out of the way locations. If you have any concerns pour some fuel into a container and let it settle to see if any water or dirt settles to the bottom. If you see either, filter the fuel before it goes into the tank, or better still, go somewhere else. It makes sense to use a filter funnel, such as available from Parker Racor or Mr Funnel, as a general practice to keep fuel clean and preventing blowback when filing the fuel tank.

TANK MAINTENANCE
Water will, however, always get in as a result of condensation, rainwater penetration or adsorption from the air and, as already mentioned, modern biodiesel is especially hygroscopic. Keeping fuel tanks clean is one of the best methods to avoid contamination. If your tank doesn’t already have a drain cock at the bottom, fit one at the lowest point with a valve. Use this to regularly drain off any water and debris that settle at the bottom of the tank.

A PERSONAL EXPERIENCE
Having never heard of the Diesel Bug I was caught by surprise by it during our circumnavigation. It is very difficult to determine when a system is first contaminated, but once the contaminated diesel enters the fuel system it is difficult to eradicate but not impossible.

In our case the engine became difficult to start and was sluggish. There was excessive smoke from the exhaust and it began to run rough until it simply died one day. I quickly found the fault was fuel starvation as the fuel filters and lift-pump were completely clogged up with a thick black treacly bio-film.

Ease of eradication depends upon the variety of the attacking strain. In our case once we had cleared out the filters, discarded the fuel lift-pump that was damaged beyond repair, and gave it a heavy ‘shock’ treatment involving a big dose of additives, this killed the bug off overnight. The contamination was killed off but we were left with the carcasses, which when disturbed by a big seaway found there way back up to our filters.

But prevention has to be the preferred route. The old diesel mechanic proverb 'give your diesel engine clean fuel and it will run forever is very true.