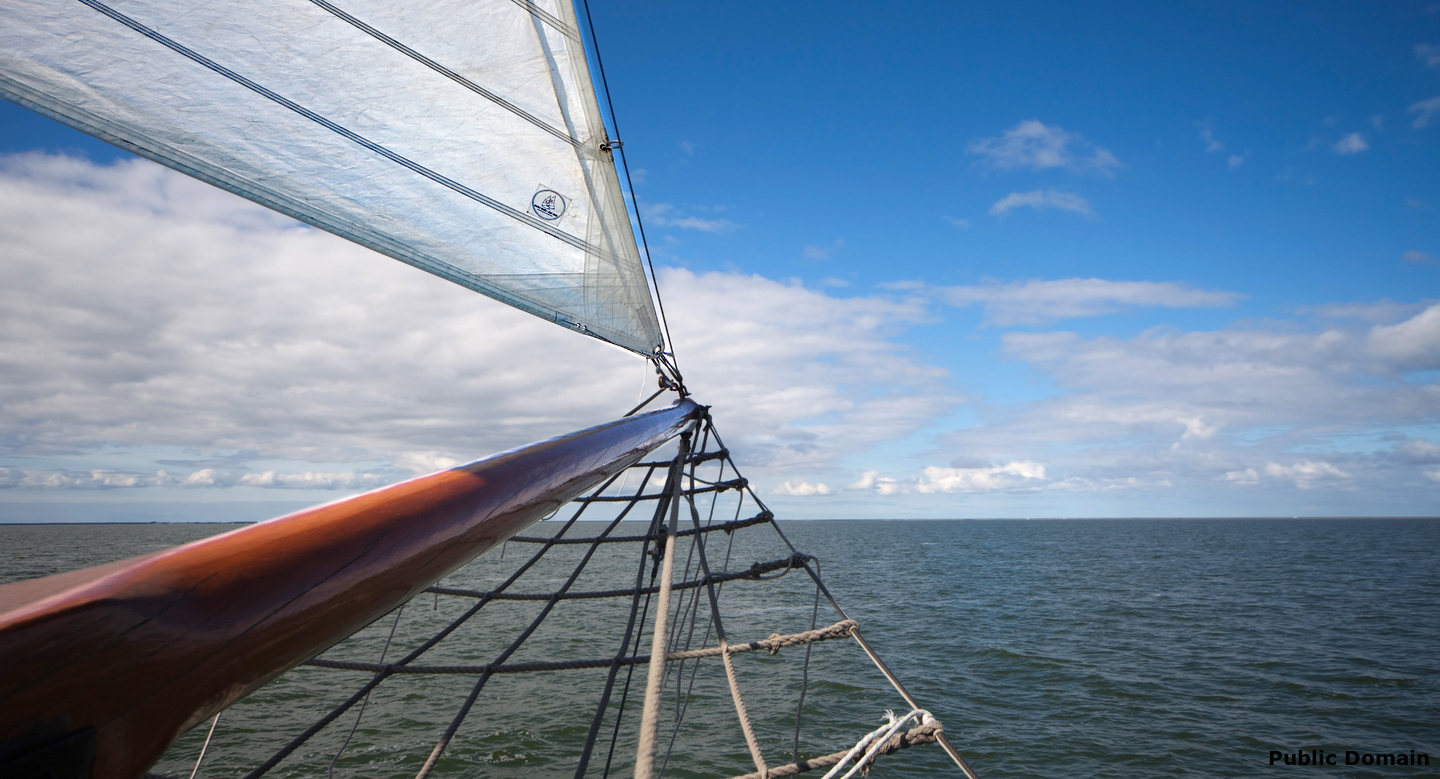 The (nautical) Beaufort scale, or to give it its full name the Beaufort wind force scale, is an empirical measure that relates wind speed to observed conditions at sea or on land. The scale of wind forces are described for practical purposes by name, range of velocity, and classified from force 0 to force 12, or, sometimes, to force 17.

The international scale of wind velocities is widely used for presenting sea area forecasts and it is for this reason we present our data in this format. Likewise, the Shipping Forecasts broadcast on BBC Radio 4 in the United Kingdom, and in the Sea Area Forecast from Met Éireann, the Irish Meteorological Service present their data in Beaufort Scale. It is therefore essential to understand the practical scale for passage planning.

The BEAUFORD SCALE
Created by Irish hydrographer and British navy officer Francis Beaufort in 1806 the Beaufort scale is an empirical measure for the intensity of the wind based mainly on the state of the sea or wave conditions. Below is the wind speed guide and conversion from Beaufort Scale Wave heights, for conditions in the open ocean, not along the shore.

OBSERVATIONS
The wind speeds in different units are not mathematically equivalent; e.g. 12–19 km/h is not equivalent to 8–12 mph, and both are not equivalent to 7–10 knots. The reason is that the Beaufort scale is not an exact nor an objective scale. It was based on visual and subjective observation of a ship and of the sea. The corresponding integral wind speeds were determined later, but the values in different units were never made equivalent. The following United States National Weather Service (NOAA NWS) serve to illustrate the observations. 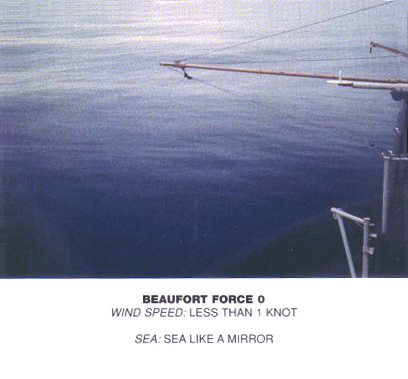 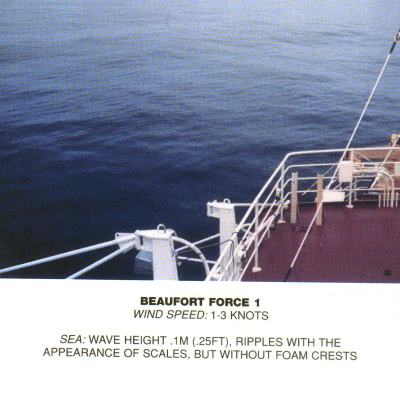 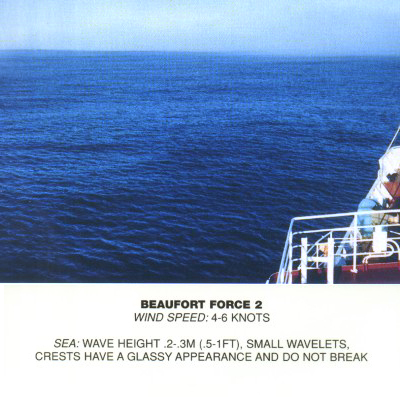 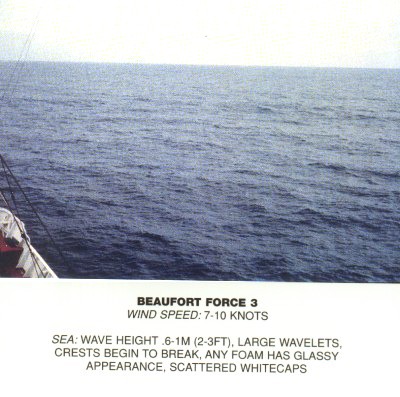 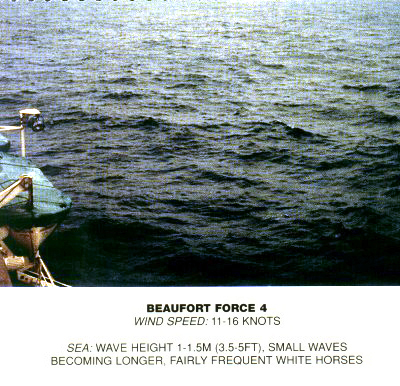 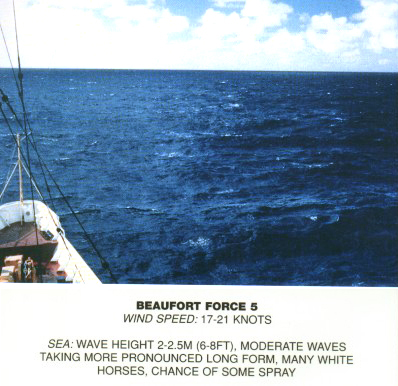 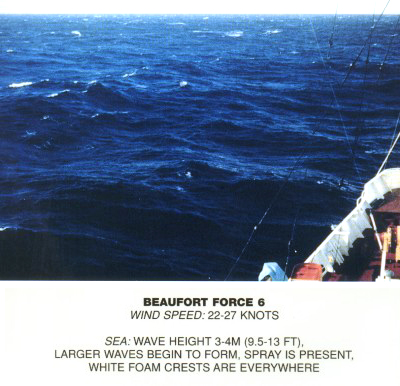 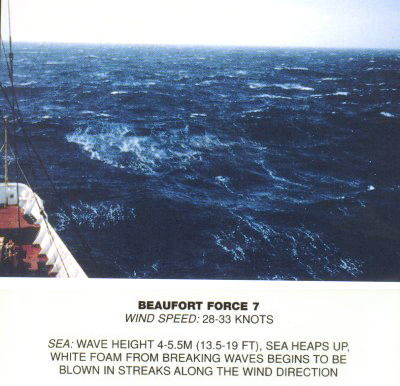 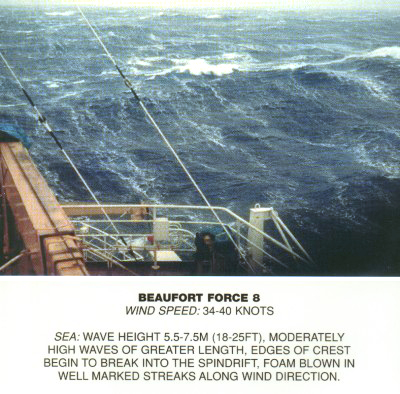 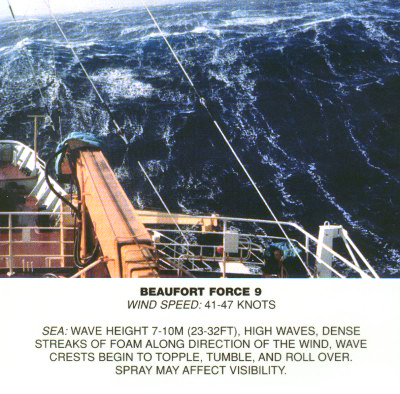 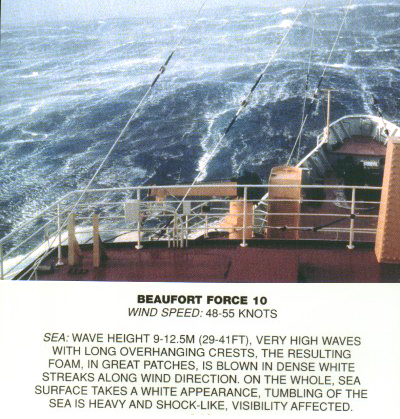 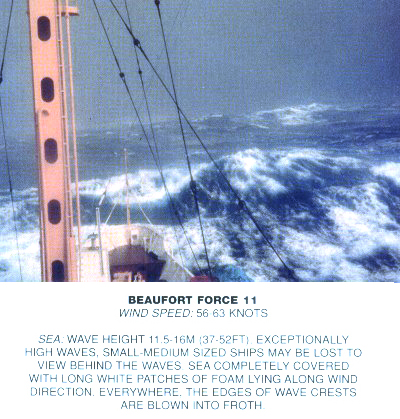 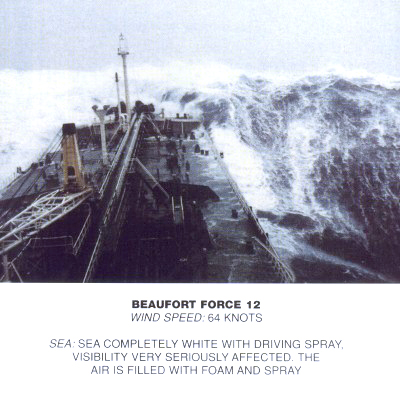 BEAUFORD SCALE CONSIDERATIONS
It is worth remembering the wind force expressed by the Beaufort scale is not a real force but a scale showing how strong the wind is. It is based on an average of wind speeds. Each 'force' corresponds to a range of wind speeds. The wind speed concerned is the average speed measured during a period of ten minutes. Because of the variable nature of wind, this means that the wind speed can have huge variations around this average value.

Wind gust speed will commonly be 40% or 50% stronger. This last fact is of huge importance because physical forces generated by wind (on sails, hull etc.) are linked to the square of wind speed. This means that when you double the speed, you multiply effort by 4. The speed increase from one Beaufort force to the following is not linear, but higher at the beginning of the scale and reducing thereafter.

DEVELOPMENT of the BEAUFORD SCALE
The scale was devised in 1805 by Irish-born Francis Beaufort (later Rear Admiral Sir Francis Beaufort), a Royal Navy officer, while serving on HMS Woolwich. The scale that carries Beaufort's name had a long and complex evolution from the previous work of others (including Daniel Defoe the century before) to when Beaufort was Hydrographer of the Navy in the 1830s when it was adopted officially and first used during the voyage of HMS Beagle under Captain Robert FitzRoy, later to set up the first Meteorological Office (Met Office) in Britain giving regular weather forecasts. In the early 19th century, naval officers made regular weather observations, but there was no standard scale and so they could be very subjective – one man's "stiff breeze" might be another's "soft breeze". Beaufort succeeded in standardising the scale. 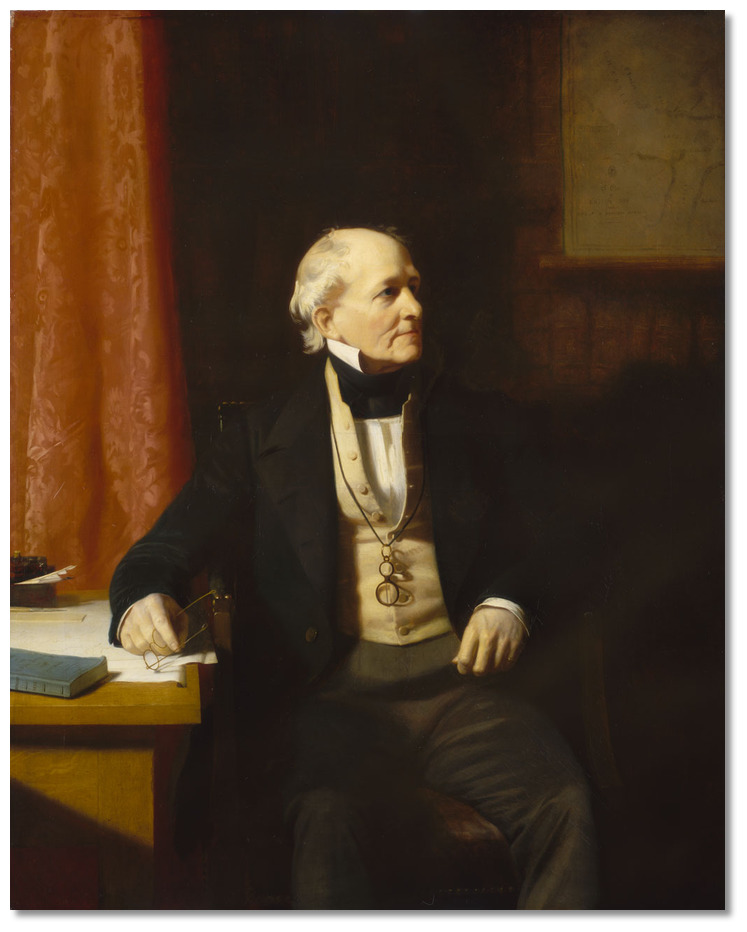 Sir Francis Beaufort
Photo: Public Domain
The initial scale of thirteen classes (zero to twelve) did not reference wind speed numbers but related qualitative wind conditions to effects on the sails of a frigate, then the main ship of the Royal Navy, from "just sufficient to give steerage" to "that which no canvas sails could withstand".

The scale was made a standard for ship's log entries on Royal Navy vessels in the late 1830s and was adapted to non-naval use from the 1850s, with scale numbers corresponding to cup anemometer rotations. In 1916, to accommodate the growth of steam power, the descriptions were changed to how the sea, not the sails, behaved and extended to land observations. Rotations to scale numbers were standardized only in 1923. George Simpson, C.B.E. (later Sir George Simpson), director of the UK Meteorological Office, was responsible for this and for the addition of the land-based descriptors. The measure was slightly altered some decades later to improve its utility for meteorologists. Today, many countries have abandoned the scale and use the metric system based units, m/s or km/h, instead, but the severe weather warnings given to the public are still approximately the same as when using the Beaufort scale.

The Beaufort scale was extended in 1946 when forces 13 to 17 were added. However, forces 13 to 17 were intended to apply only to special cases, such as tropical cyclones. Nowadays, the extended scale is only used in Taiwan and mainland China, which are often affected by typhoons. Internationally, WMO Manual on Marine Meteorological Services (2012 edition) defined the Beaufort Scale only up to force 12 and there was no recommendation on the use of the extended scale.

Wind speed on the 1946 Beaufort scale is based on the empirical relationship:

Today, hurricane-force winds are sometimes described as Beaufort scale 12 through 16, very roughly related to the respective category speeds of the Saffir–Simpson hurricane scale, by which actual hurricanes are measured, where Category 1 is equivalent to Beaufort 12. However, the extended Beaufort numbers above 13 do not match the Saffir–Simpson scale. Category 1 tornadoes on the Fujita and TORRO scales also begin roughly at the end of level 12 of the Beaufort scale, but are independent scales – although the TORRO scale wind values are based on the 3/2 power law relating wind velocity to Beaufort force.

Permission is granted to copy, distribute and/or modify this document under the terms of the GNU Free Documentation License, Version 1.2 or any later version published by the Free Software Foundation.

Adão Fundulo wrote this review on Oct 13th 2019:
Hi every one!
I need to know when this article was posted.

Michael Harpur wrote this review on Feb 20th 2020:
Hi Adão, what is the question you are trying to resolve?