We largely live in a world that uses base 10, or 'decimal' for mathematics. But this not the case with time and bearings which use base 60 or 'sexigesimal'. Because of this, the mental calculations required to quickly generating a back or reciprocal bearing can be perplexing for our decimal-based minds.

Back bearings are more than useful in navigation. A primary use is when it comes to entering passes where the charted leading range marks are described for the approach but the reciprocal is very rarely indicated. Yet the exit requires a 'Back Bearing' (aka 'Reciprocal Bearing', 'Reverse Bearing' or 'Astern Baring') to be calculated to see the vessel safely out.

The straight mathematics to generate the reciprocal is straightforward but if you are not good at calculating mathematics in your head it might require a calculator or at least a pencil and paper to have confidence in the result. Fortunately, there is a little hack that makes it something that can be generated mentally called the 200/20 rule. How we came to have this problem in the first place also has a very interesting history which we will touch on later, but first the straight mathematics.

For instance, in the case of the above illustrated 058° transit, it is less than 180° so it simply requires 180° to be added to get the back bearing.

200/20
This number is relatively straight forward but it immedialty becomes less so when subtracting. Lets say the forward bearing was 238° and you were looking for its recipricol with confidence. Thats 238° - 180° which is not as comfortable.

Fortunately, the maths can be further simplified by adding an additional step to the calculation called the 200/20 trick. This essentially splits the 180° into two simple numbers that are easier to work with. All is the same as above but instead of adding 180° add +200° and -20°, or when subtracting 180° -200° and +20° as the case may be. This makes the calculation more friendly to decimal minded people.

So in our example above 238°, the bearing is greater than 180° so the approach required is subtracting 200° + 20° which is now a very easy two-step mental calculation:

Just one note of caution here as all of this only works with True (T) bearings only. When working with bearings which have magnetic deviation applied or are magnetic (M) the above-listed correction of ±180° would not include the proper correction for deviation. In exceptional circumstances, an error as large as 30° may be introduced by an arbitrary correction of 180° to such bearings so be certain to only calculate True baring only.

BUT WHY 036° IN THE FIRST PLACE?
The reason we find this difficulty is most everything we do today is to the base 10, 'decimal' save for two very significant exceptions; time and degrees of measurement. These oddities have an interesting history that goes back 5000 years to the Sumerians. 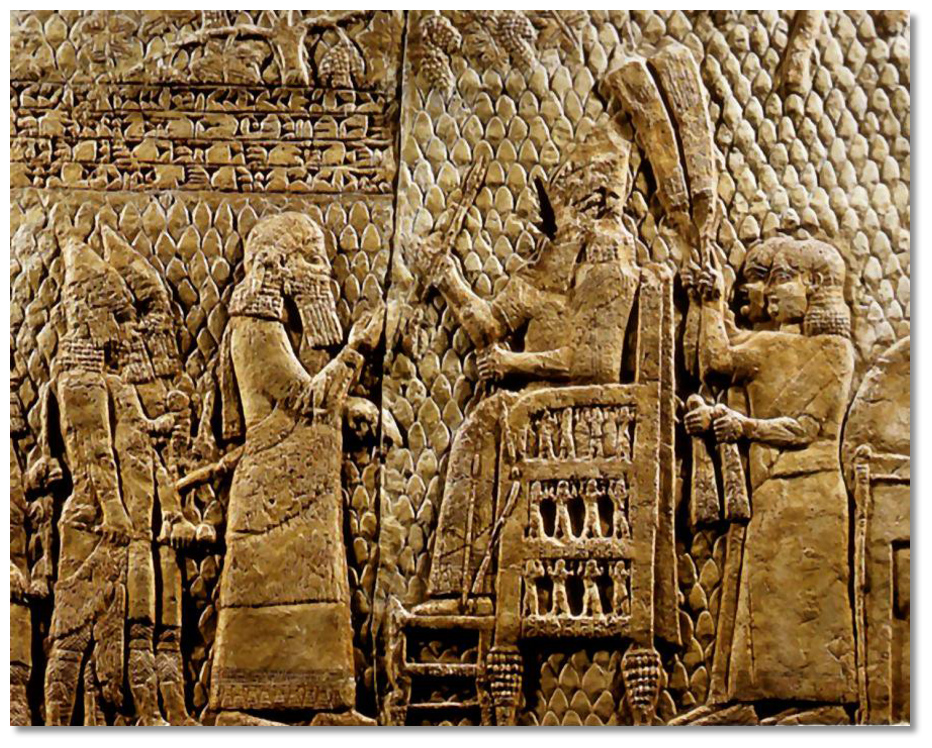 Sumerians civilization
Image: Jacktandy000 via CC ASA 4.0
The Sumerians were an advanced civilisation in the southern Mesopotamia region of the Fertile Crescent situated between the Tigris and Euphrates rivers, now southern Iraq. They invented writing, early wheeled vehicles/chariots, astronomy, astrology, written code of law, organised medicine, advanced agriculture and architecture, and the calendar.

What underpinned all of this was an early form of mathematics that they invented. This was a base 12, 'duodecimal' system that was most likely based upon counting on their fingers to 12. The number is achieved by using one hand only, with the thumb pointing to each finger bone on the four fingers in turn. They adopted this to divided day and night into 12 periods, and with it, the 24-hour day was first born. It was soon adopted by the Egyptians from which it has passed down through all the generations to the present day. The 'duodecimal' systems still lives on in modern culture with the common use of a 'dozen' or a 'gross' (12x12). 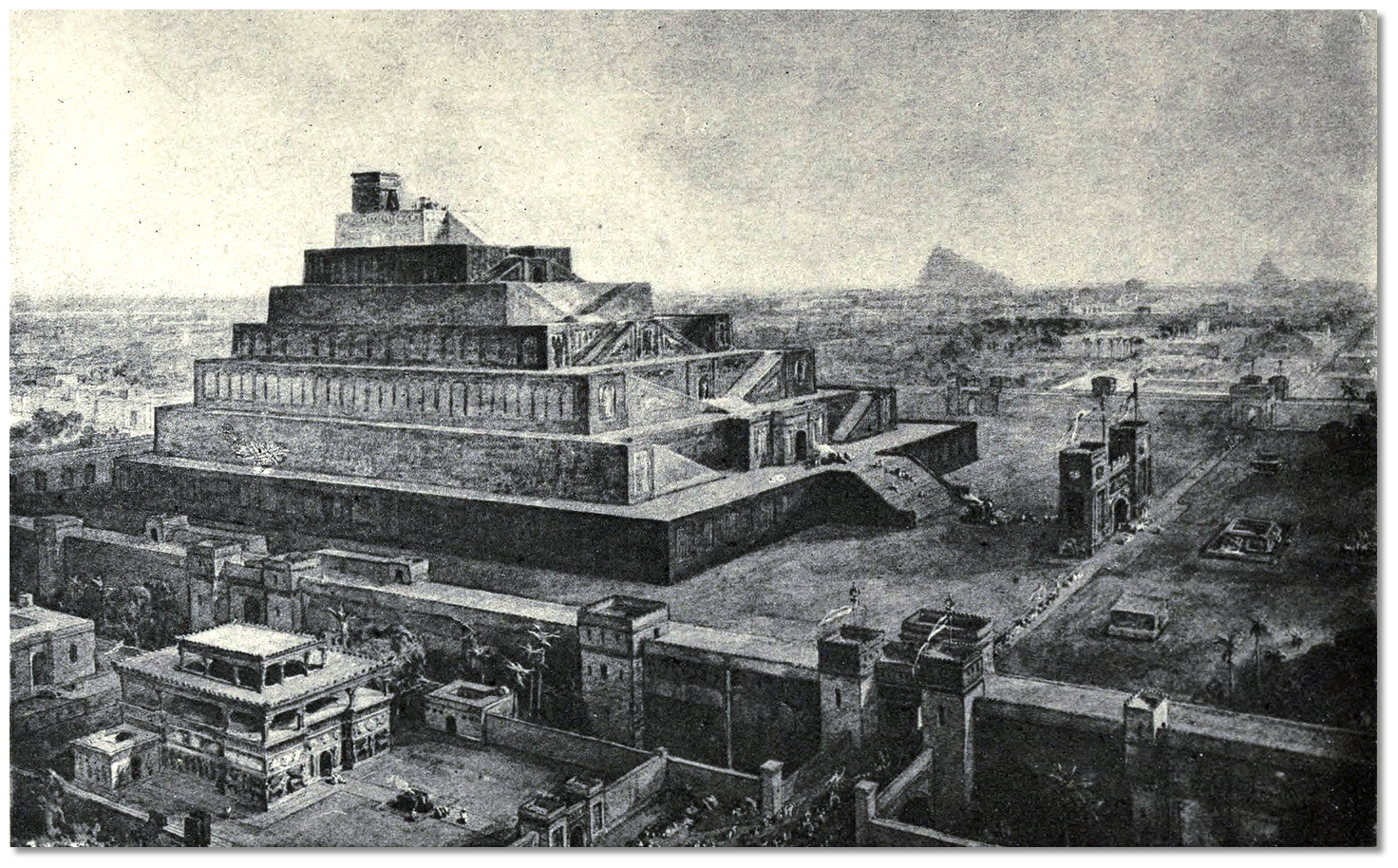 The Walls of Babylon and the Temple of Bel (Or Babel)
Image: Public Domain 19th-century illustrator William Simpson – influenced by
early archaeological investigations

The Sumerians were conquered several times and finally became part of the Amorites, who rose to build the nation-state of Babylon. The Babylonians then went on to develop the closely related base 60 'sexigesimal' numbering system, also known as base 60 or 'sexagenary'. They wanted a number that divides easily and 60 can be divided by 1,2,3,4,5 and 6 equally so you can slice it up in many different ways and get nice round numbers or fractions. They used the 'sexigesimal' system to subdivided the hour into base 60 fractions: 60 minutes in an hour and 60 seconds in a minute. They then invented the degree and defined a circle as having 360 degrees. 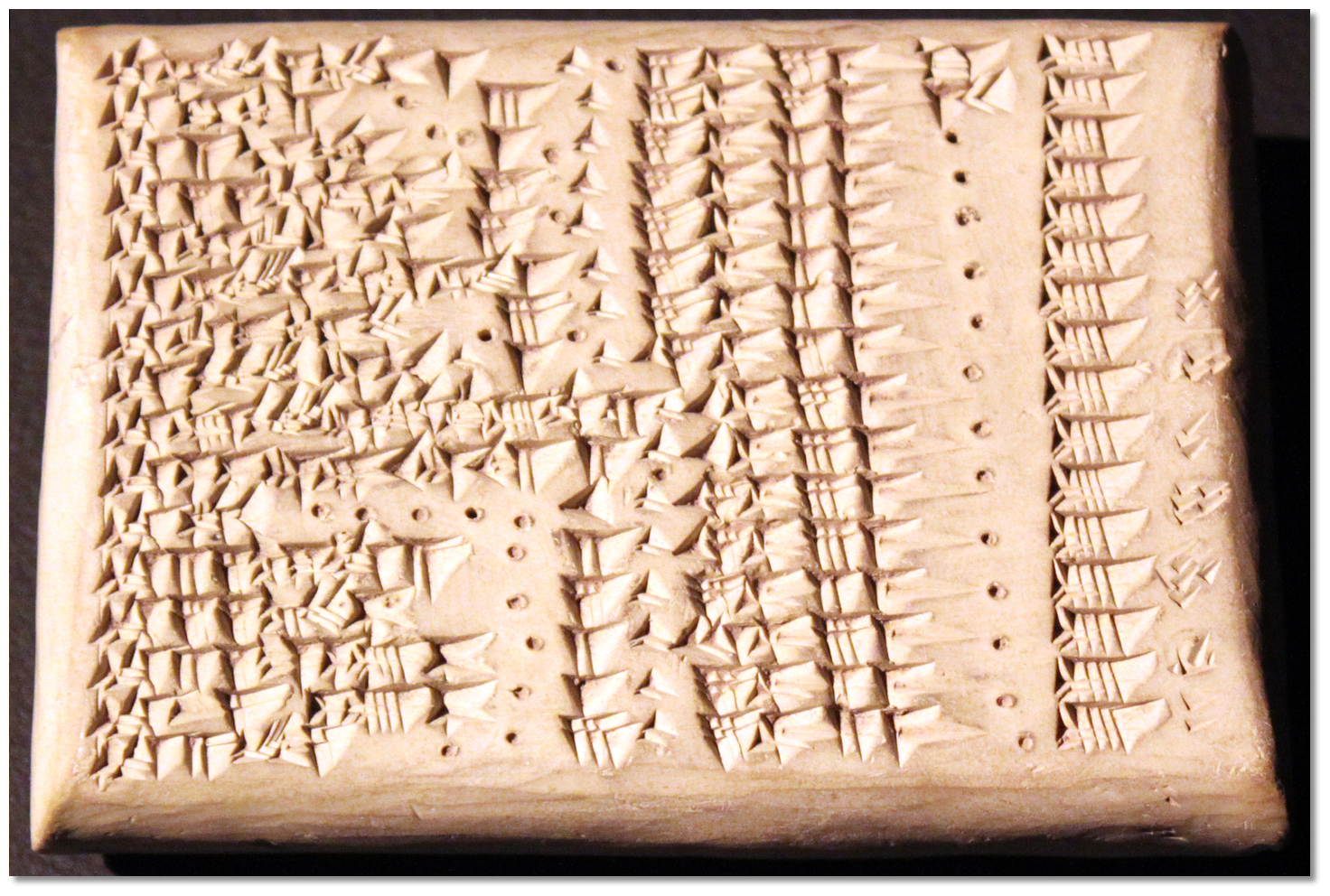 Babylonian star catalogue
Image: Anagoria via CC ASA 3.0
This was most likely because they understood a year as having close to 360 days as ancient Babylonian and Persian calendars both base the year upon 360-days. Hence to them, the sun 'moves' along the ecliptic approximately 1° per day and this also got subdivided into 60 minutes and 60 seconds. With this new capability, astronomy flourished and the Babalyonians developed a deep understanding of sun and moon cycles and the stars. Babylonian astronomy collated earlier observations and divinations into sets of Babylonian star catalogues contained lists of constellations, individual stars, and planets. The Babylonian star catalogues served as the basis of astronomy for more than a thousand years and their 'sexigesimal' soon bled into navigation and trigonometry.

So that’s how we got where we are and the decimal is starting to push back with the common use of decimal degrees in navigation these days. But it will take some time for several thousand years of 'sexigesimal' to be supplanted, so any little hack such as the 200/20 rule will remain more than useful for some time.