Dell Quay is located deep within Chichester Harbour, which is situated on the south coast of England. It offers short stay berthing alongside the pontoon and the opportunity for boats that can take to the hard to dry out overnight on a mooring.


Dell Quay is located deep within Chichester Harbour, which is situated on the south coast of England. It offers short stay berthing alongside the pontoon and the opportunity for boats that can take to the hard to dry out overnight on a mooring.

Set within the furthest recesses of the estuaries’ channels it offers good protection in most conditions. However it is exposed to a large body of water from the south, when at high tide in strong winds it becomes uncomfortable. Chichester Harbour's channels are well marked making access straightforward in most conditions but the final approaches to the quay can only be made on the top of the tide.

This is the southwest corner of the quay.

Taking a mean tidal offset from Dover's tide, we expect your targetted date's associated local tide at Dell Quay to be:

entry for the approaches to Chichester Harbour and directions for Chichester Channel.

Click the 'Next' and 'Previous' buttons to progress through neighbouring havens in a coastal 'clockwise' or 'anti-clockwise' sequence. Below are the ten nearest havens to Dell Quay for your convenience.
Ten nearest havens by straight line charted distance and bearing:
These havens are ordered by straight line charted distance and bearing, and can be reordered by compass direction or coastal sequence:
To find locations with the specific attributes you need try: 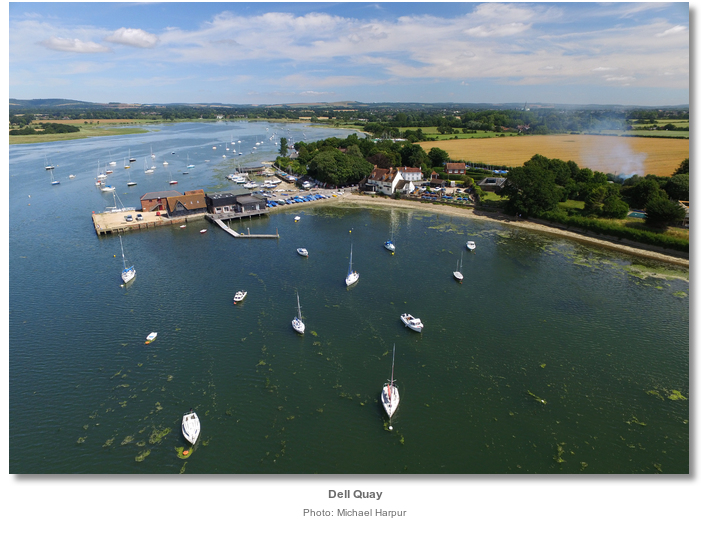 Dell Quay is a small isolated quay about 5½ miles within the entrance to Chichester Harbour and on the east side of the drying Fishbourne Channel. It is located within 2 miles of the cathedral city of Chichester of which it was once its port. Dell Quay is no longer used commercially and is now a centre for yachting. It is home to a sailing club and offers a high tide access to visiting yachts.

The channel to Dell Quay dries a mile from its head and it is only accessible to vessels two to three hours either side of High Water. Vessels of about 1.5 metres, or very little more, can come alongside its jetty for a short stay where 2 metres will be found +/- 2 hours of High Water. If there are any questions regarding berthing, the Chichester Harbour Office can be contacted on VHF Ch. 14 or P: +44 1243 512301.

Shallow-draught yachts that are able to take to the hard may be able to obtain an overnight mooring from the Dell Quay Sailing Club P: +44 1243 785080 that have their club house on the quay.

Visitors arriving at the quiet and out of the way Dell Quay will be amazed to find that this isolated quay and hamlet was formerly an extraordinarily busy port. In the 17th Century it ranked as the seventh most important port in England. 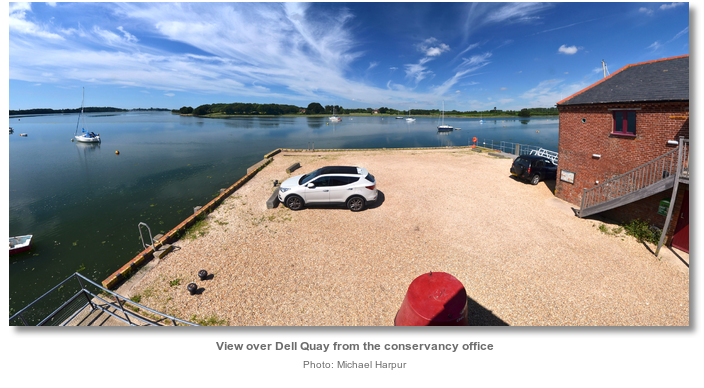 Considering it being so far inland with an access path that dries a mile down-channel from its head this was a remarkable feat. But stepping back in time things were very different. Prior to the industrial revolution transporting goods overland was a slow and wearisome business. Up until then it was more practical to let water carry the weight of bulky goods and to leverage the wind to move them along. This developed coastal trade routes supported by hundreds of local ports which nowadays seem remote and obsolete. Likewise, two millennia ago, sea levels in the harbour were much higher than they are now. Back then, in Roman times, the Harbour was navigable all the way to Fishbourne situated at the head of the inlet. This is why the Romans built their palace there and it is believed Roman galleys sailed right up to a quay in front of it. Indeed, as it was a pivotal early Roman site it is believed by many that Fishbourne may have started life as a late Iron Age settlement and trading post. 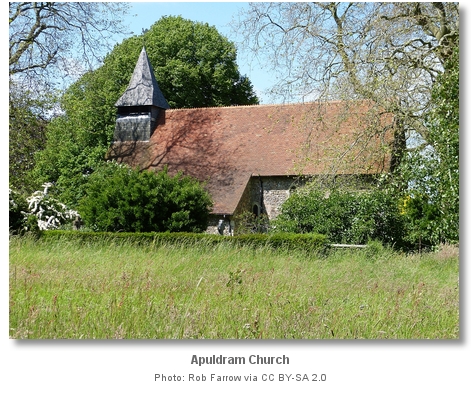 The date and location of the first landing areas at Dell Quay have been lost in time. However the Romans are known to have traded from here in the first century AD although the exact position of their wharf has not been established. Well after the Roman withdrawal in the eighth century, merchants from Chichester were exporting goods to Flanders across the channel from Dell Quay. At this time it was the most important port in Sussex.


Being situated a mile away from the city walls of Chichester the quay established itself as its designated city port by the 13th century. Cargoes of grain, timber and wool were among the goods exported, and imports included coal, wines from southwest France, cloth and building materials. One of the quays most unusual mediaeval exports were ships full of pilgrims bound for the north coast of Spain and the shrine of St. James de Compostela, patron saint of the crusaders. Wool grew to become England's most important medieval export. The king tried to control the trade by only allowing certain ports to export wool. These ports were called ‘staples’. In 1353 Chichester, which was in port terms Dell Quay, was made a staple port. Trade at the quay burgeoned as it was the only place in Chichester Harbour legally allowed to receive foreign trade. So successful was Dell Quay, that its medieval name Horemouth was also applied to the entire harbour area and the entrance to Chichester Harbour, and eventually it slowly became known as Chichester. Dell Quay would remain the cities port until the Canal was built in the 1800s as discussed in the